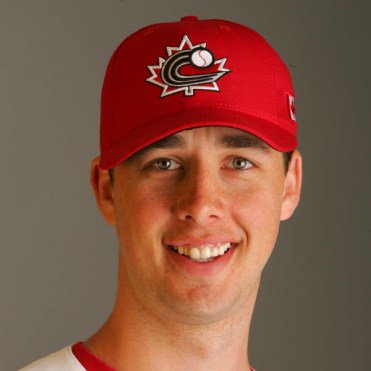 Jeff Francis was selected ninth overall by the Colorado Rockies in the 2002 MLB Draft, which at the time made him the second-highest Canadian-born player ever drafted. He made his debut with the Rockies in 2004 and by the next season had a full-time spot in the rotation. The 2007 season marked the high point of his career, as he earned 17 wins while pitching more than 200 innings and became the first Canadian starting pitcher to win a postseason game and the first to pitch in the World Series. He spent three more seasons in Colorado, including 2009 which he missed after undergoing Tommy John surgery. He then had stints in Kansas City, Colorado (again), Cincinnati, Oakland, and New York (with the Yankees) before signing a minor league contract with the Toronto Blue Jays. He appeared in eight games for the Jays in relief before being designated to their AAA affiliate, the Buffalo Bisons. Francis represented Canada at the 2006 World Baseball Classic after previously being part of the junior national team in 1999 and nearly making the roster for the 2004 Olympic Games.