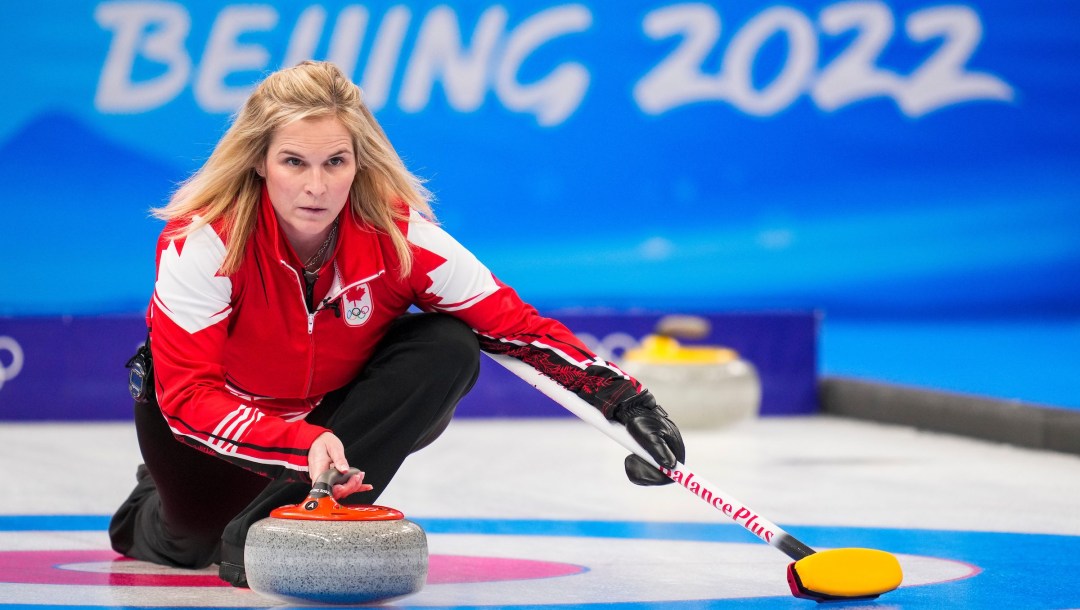 One of Canada’s most successful female curlers ever, Jennifer Jones is an Olympic champion, two-time world champion, and six-time national champion.

In 2014, Jones led her team into an Olympic Winter Games for the first time after missing out on two previous opportunities to qualify at the Canadian Curling Trials for Turin 2006 and Vancouver 2010. At Sochi 2014, Jones’ team – which included third Kaitlyn Lawes, second Jill Officer, and lead Dawn McEwen – posted a perfect 11-0 record en route to Canada’s first women’s curling gold since Nagano 1998. They were the first women’s curling team to go undefeated in Olympic competition. Jones was the top skip throughout the tournament, curling at 86 per cent.

Jones made her second Olympic appearance at Beijing 2022 where at age 47 she became Canada’s oldest ever female Winter Olympian. Her team — now featuring Jocelyn Peterman at second — finished with a 5-4 record and missed the playoffs by one spot.

Jones came to national prominence at the 2005 Tournament of Hearts when she won her first Canadian title thanks to “The Shot”, a difficult in-off that scored her four points on her final stone. The team went on to finish fourth at the world championships. She went on to win three consecutive Tournaments of Hearts in 2008, 2009 and 2010. She captured her first world title in 2008 and added a world bronze medal in 2010 after finishing fourth at the 2009 World Championships

Jones returned to the world championships in 2015 after winning her fifth national title. She came home from those worlds with the silver medal. After missing out on qualifying for the 2018 Olympic Winter Games, Jones won her sixth national title and went on to post an undefeated record at the 2018 World Championships as she won the gold medal.

Jones played in her 16th career Tournament of Hearts in 2021 (second-most all-time) and is the career leader in games won at the Canadian women’s championship. Jones has won nine career Grand Slam of Curling titles, including a record six Players’ Championships women’s titles.

Getting into the Sport:  Started curling at age 11… Outside Interests:  Enjoys golfing and spending time at the cottage with her family… Received her Bachelor of Laws from the University of Manitoba in 1999… Works as a lawyer… Odds and Ends: Favourite motto: Enjoy the moment… Husband Brent Laing competed at PyeongChang 2018 as the second for Team Koe…