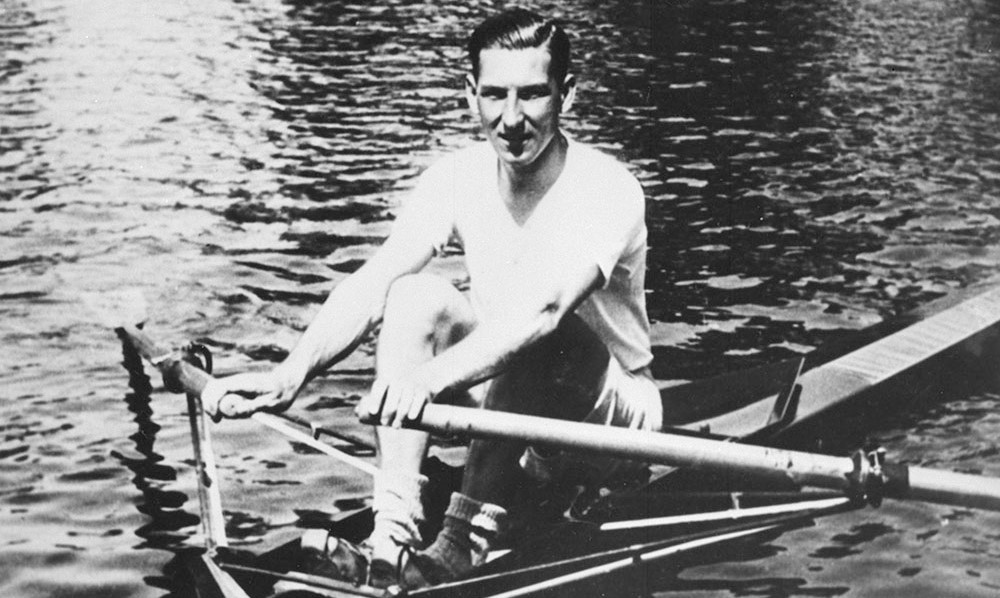 Canadian rower Jack Guest partnered with his once former rival Joe Wright, Jr. in the double sculls at Amsterdam 1928. They suffered a surprise defeat in the second round, beat France in the repechagé, beat the Germans in the quarter-finals, had a walkover in the semi-finals, and were defeated by the Americans in the final by 10 seconds, winning the silver medal.

Guest began his rowing career at Toronto’s Don Rowing Club in 1924 and a year later moved to the Toronto Argonaut Rowing Club. He began in crews of fours and eights, but soon proved to be a talented single sculler, claiming the Canadian junior and association singles titles in 1927. By 1928, he was competing in the Diamond Sculls at the Henley Royal Regatta (comparable to a single sculls world championships), was beaten by Wright, his soon to be Olympic double sculls partner. The 1929 Canadian single sculls champion, Guest rowed for another year and when “Jack of Diamonds” fulfilled his dreams claiming the world Diamond Sculls title at the Henley in 1930, he retired from active competition. On his arrival home from England, it is reported that 70,000 people came out on the street to greet the champion with a rock star welcome, including the Mayor of Toronto.

Guest remained very active in rowing as a sports administrator becoming president of the Don Rowing Club in Mississauga, Ontario. He managed Canadian rowing delegations at Melbourne 1956 and at the British Empire and Commonwealth Games of 1962 and 1966. Guest served as Director of the Canadian Olympic Association from 1960-68 and was the first Canadian elected to the International Rowing Federation (FISA) in 1969. His son, Jack Guest, Jr., was selected to row at Helsinki 1952 but had to withdraw due to injury. His great granddaughter Katie rowed at the Don Rowing Club, and received a rowing scholarship in the United States. The Jack Guest Award is given annually to the junior single sculler of the year by Rowing Canada.

Rower Lou Scholes, Sr. competed in the singles sculls at the 1908 Olympic Games in London.