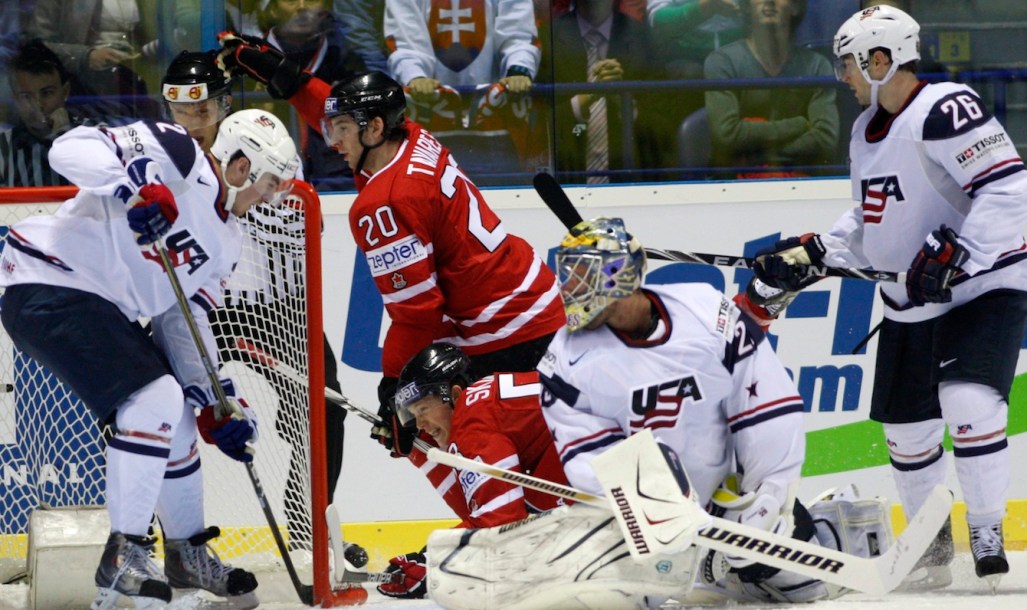 A standout player at all ages, John Tavares was the first player to be granted “exceptional player” status, making him eligible to play in the OHL when he was just 14, one year sooner than otherwise. He was a member of two gold medal-winning teams at the IIHF World Junior Championships in 2008 and 2009. At the latter, he scored eight goals and seven assists in six games, leading to him being named MVP, best forward and a media all-star.

Tavares made three straight appearances at the IIHF World Championships in 2010, 2011, and 2012, but Canada did not win a medal. In 2010 he led the tournament in goals with seven in seven games. He was Canada’s leading scorer in 2011 with five goals and four assists. In 2012 he contributed four goals and five assists.

Forward René Bourque had three goals in his Olympic debut at PyeongChang 2018, tying him as Team Canada's leading goal-scorer…