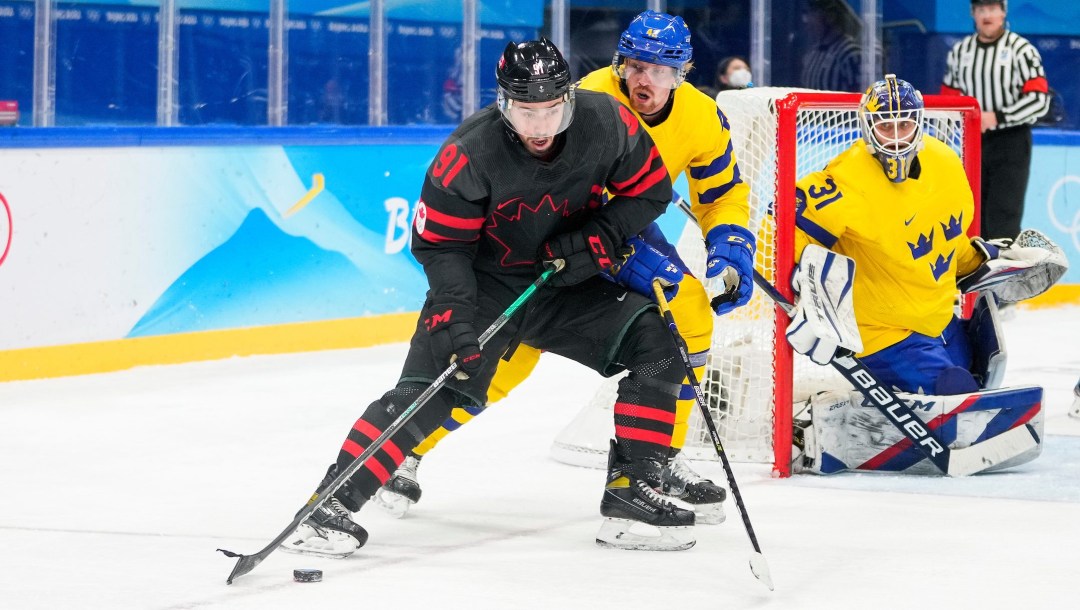 Jordan Weal made his Olympic debut at Beijing 2022 where he recorded three goals and two assists to tie for second on the team in points.

Weal first played internationally at the 2009 World U-17 Hockey Challenge, scoring six points in as many games en route to a silver medal with Canada Pacific. The next season he was named assistant captain for the 2010 World U-18 Championship where Canada finished seventh. Later that season he was part of Canada’s winning team at the Hlinka-Gretzky Cup.

Before joining the WHL’s Regina Pats, Weal played his U16 season in the BCEHL. He led the league in scoring with 100 points in 40 games. He played four years of junior hockey with Regina and was a 2012 WHL first team all-star. In 2011 and 2012, Weal took part in the CHL’s Canada/Russia Super Series, scoring five points in three games.

Weal was selected in the third round, 70th overall, by the Los Angeles Kings in the 2010 NHL Entry Draft. He spent his first three pro seasons in the AHL with the Manchester Monarchs. In 2015 Weal led the Monarchs to the Calder Cup championship and was awarded the Jack A. Butterfield Trophy winner as playoff MVP. He was also named a second team all-star. He made his NHL debut with the Kings in 2015-16 but was dealt midseason to Philadelphia. He spent the next three years in the Flyers system, bouncing between the NHL and AHL with Lehigh Valley. Weal was traded twice in 2018-19, first to Arizona and then to Montreal. He played with Montreal for all of 2019-20, spending 2020-21 with Laval in the AHL. He played 218 games over five seasons in the NHL, amassing 32 goals and 69 points.

Weal signed in Russia with Ak Bars Kazan for 2021-22, scoring 30 points in 36 KHL games before getting the call to Canada’s Olympic team. In preparation for Beijing 2022, Weal played with Canada at the 2021 Channel One Cup, finishing third.