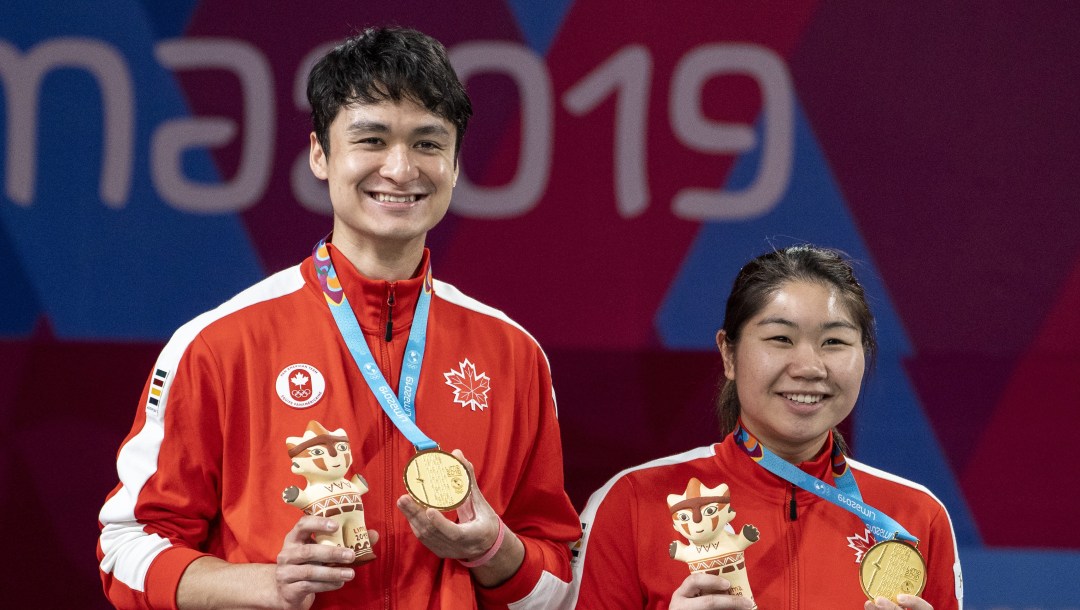 While attending the University of Alberta, Wu took part in the 2017 Universiade, making the Round of 32 in both women’s doubles and mixed doubles. Wu made her BWF World Championship debut in 2018, playing women’s doubles with Michelle Tong. Later that year, she formed a mixed doubles partnership with Joshua Hurlburt-Yu. In 2019, they won gold at the Canadian Championships, the Pan American Championships, and the Pan American Games. They successfully defended their Pan Am Championship title in 2021. They competed at their first Olympic Games at Tokyo 2020.

A Little More About Josephine

Getting into the Sport: Has been playing badminton since she was seven years old… After her first lesson at badminton camp, she told her dad she wanted to play more… Outside Interests: Plays tennis, squash, and volleyball during the competitive season to keep in shape… Enjoys hiking in the mountains during the off-season… Studying to be an Occupational Therapist… Odds and Ends: Collects magnets and pins from her travels… Considers Rafael Nadal her sporting role model because of his passion on the court and his respect for his opponents on and off the court… Favourite quote: “However great your dedication, you never win anything on your own”…