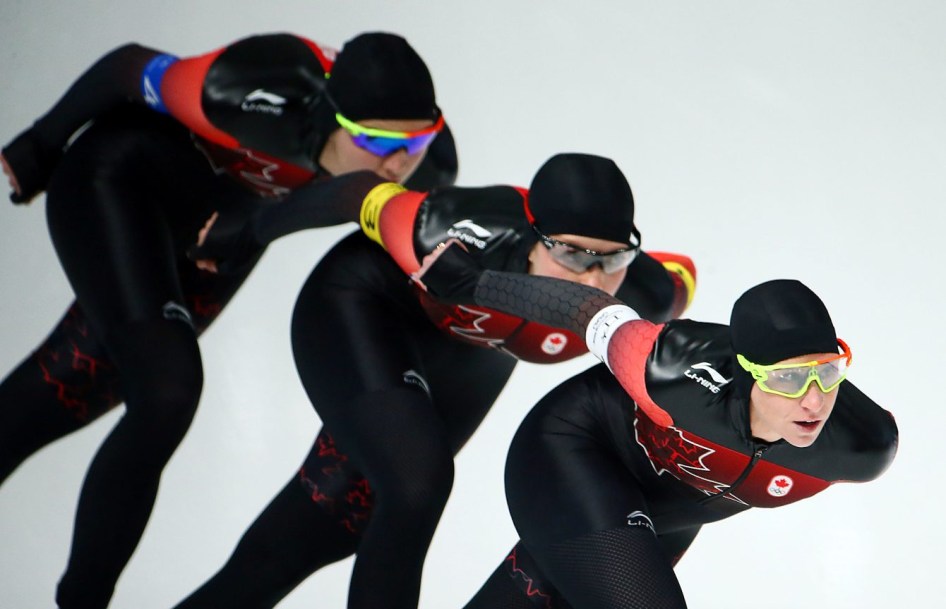 Josie Morrison enjoyed an international breakthrough in November 2017 when she won her first career World Cup medal at the season-opening stop in Heerenveen, Netherlands, taking bronze as a member of the team pursuit.

Morrison had made her World Cup debut in the fall of 2013 before becoming a fulltime member of the World Cup team in 2014-15. It was also in 2015 that she competed at her first ISU World Single Distances Championships, helping the women’s team pursuit to a fourth-place finish. She was part of a sixth-place finish in that event at the 2016 World Single Distances Championships where she also competed in the 1500m and 5000m.

Morrison’s previous international experience includes the 2012 and 2013 World Junior Championships. One of her fondest memories is from the 2011 Canada Winter Games in Halifax. In addition to winning 3000m bronze, she captured gold in the team pursuit. One of her teammates was her older sister Victoria and they actually crossed the finish line at the same time, leading to huge smiles as they stood atop the podium together.

In April 2016, Morrison was on a bike trip with then-boyfriend (now husband) and teammate Denny in Utah when she noticed the first signs that he was having a stroke. She quickly got him to a hospital, helping him to make a full recovery. Together, they competed at PyeongChang 2018 where Morrison made her Olympic debut and helped the team pursuit to a fourth-place finish.

A little more about Josie

Getting into the Sport: Started speed skating at age 10… Her mother Catherine is a former international competitor who was her club coach when she was younger… Father Owen competed internationally in cross-country skiing… All of her siblings are speed skaters, with older sister Victoria Spence also competing internationally… Outside Interests: Working towards a degree in midwifery or nursing… Enjoys baking, biking, camping, hiking, gardening, drinking tea… Ambassador for Fast and Female and supports the Heart and Stroke Foundation of Canada… Odds and Ends: Favourite motto: Start each day with a grateful heart… Role model is Cindy Klassen; was flabbergasted the first time she met her at a skating camp when she was very young but that interaction and Klassen’s interest in her has inspired her to be the same kind of role model for the next generation of athletes…