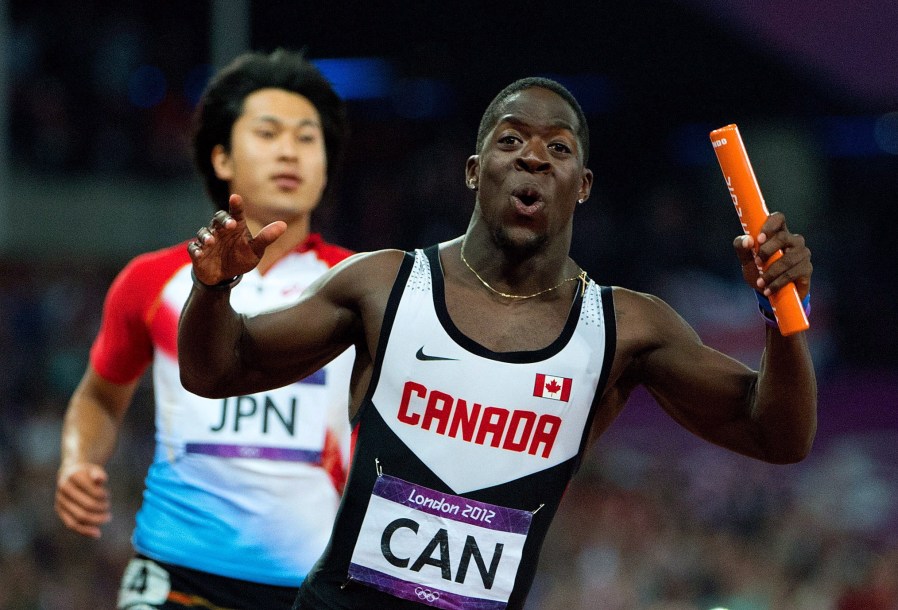 Justyn Warner is a two-time IAAF World Championships bronze medallist as a member of the 4x100m relay team in 2013 and 2015. Warner made his Olympic debut at London 2012 where he was a semifinalist in the 100m and ran the anchor leg of the 4x100m relay that appeared to have won bronze only to be disqualified for a lane violation. Also in 2012, Warner was crowned Canadian champion in the 100m and finished 7th in the 60m at the IAAF World Indoor Championships. He was previously the world junior silver medallist in the 100m in 2006, coming after he had broken an 11-year-old national junior 100m record in winning silver at the 2005 Junior Pan American Championships.

Family: Parents Ian and Debbie Warner… Younger brother Ian was also named to the 2012 Olympic 4x100m relay team but did not compete… Son Kaedence (born October 2013)… Getting into the Sport: Started running track at age 10… Football was his first love so he ran track to get faster… Olympic dream began the first time he wrapped the Canadian flag around his shoulders for a victory lap… Outside Interests: Graduated from Texas Christian University in 2009 where he was three-time All-American… Enjoys being an abstract painter and entrepreneur… Odds and Ends: Loves oatmeal for breakfast on race day… Has collected stacks and stacks of hotel key cards from his global travels…