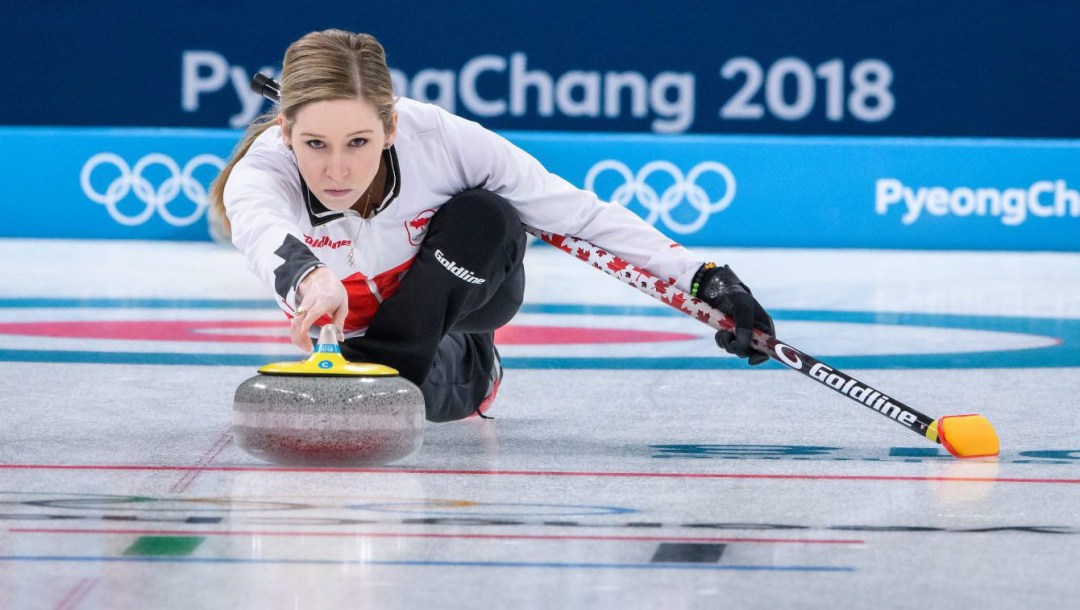 At PyeongChang 2018, Kaitlyn Lawes teamed with John Morris to win gold in the inaugural Olympic mixed doubles curling tournament. They posted a 6-1 record in the round robin, their only loss coming against Norway in their opening match. But they got their revenge by defeating the Norwegians 8-4 in the semifinal before a dominant 10-3 win in six ends over Switzerland in the gold medal game.

That was Lawes’ second straight Olympic gold medal. Four years earlier, she was the third on the team skipped by Jennifer Jones that won gold at Sochi 2014. They were the first women’s team to ever go undefeated through the Olympic tournament, posting a perfect 11-0 record as they won Canada’s first Olympic gold in women’s curling since Nagano 1998.

While Lawes was preparing to compete at PyeongChang 2018, Team Jones won the Tournament of Hearts without her as Shannon Birchard filled in at third. Lawes stepped back into that position for the 2018 World Championships and the team posted an undefeated record en route to the gold medal. Lawes had played through the Olympics and world championships with an inguinal hernia, which she had surgery to repair at the end of the season.

Lawes made a third straight Olympic appearance at Beijing 2022, competing again with Team Jones. They finished with a 5-4 record and missed the playoffs by one spot.

Lawes had a very successful junior career as a skip, leading her team to back-to-back junior national titles in 2008 and 2009 before winning bronze and silver at the respective world junior championships. That first national title was especially important to her as it came just four months after her father Keith passed away. He had been the biggest reason she fell in love with curling and she had considered quitting the sport after his death.

A Little More About Kaitlyn

Getting into the Sport: Her first curling competition at age 4 was a family fun bonspiel which they won… Had always been at the curling club to watch her parents play and loved being on the ice… Outside Interests: In the off-season her favourite thing is being on the water fishing… Supports the Brain Tumour Foundation of Canada in memory of her father who passed away from a brain tumour in 2007… Attended the University of Manitoba part time from 2006 to 2009, partially completing a degree in Nutritional Sciences… Does motivational speaking and teaches curling seminars around the world… Odds and Ends: Has always loved to see athletes live their dreams and be at their best at the Olympic Games… Attended London 2012 as a spectator, giving her the chance to be surrounded by athletes from around the world…