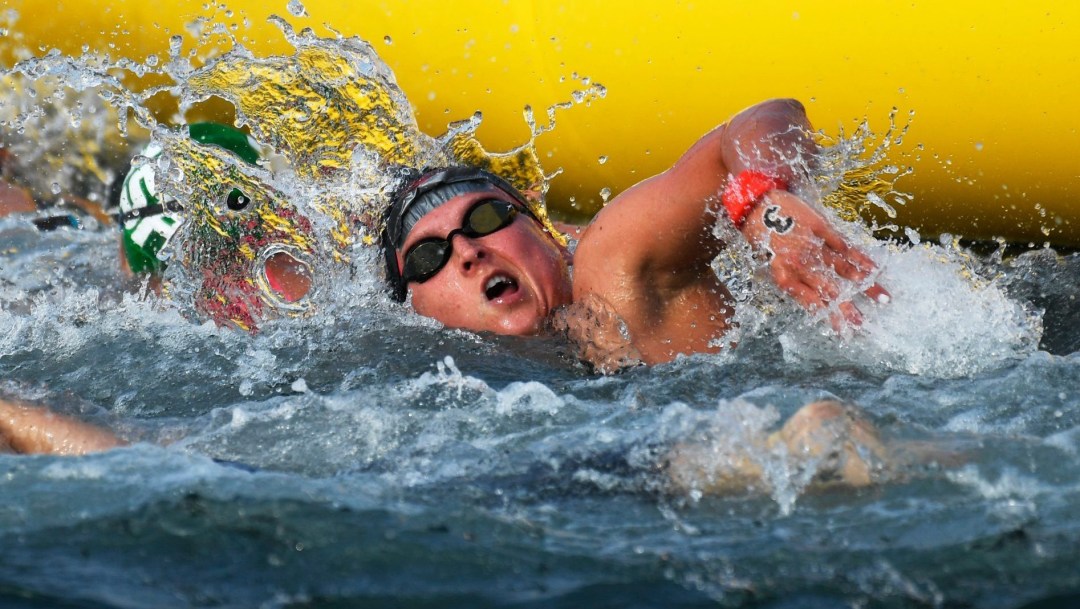 Kate Sanderson booked her ticket to Tokyo 2020 by finishing third at the FINA Olympic Marathon Swim Qualifier in June 2021. She finished 18th in the 10km marathon in her Olympic debut.

Sanderson had previously been part of Team Canada at the 2019 Pan Am Games in Lima where she finished sixth in the 10km race. Earlier that summer, she had made her debut at the FINA World Championships where she competed in the 5km and 10km events. Sanderson had qualified for the worlds team by winning 10km gold at the 2019 Canadian Open Water Swimming Trials.

In 2018, Sanderson competed at the Pan Pacific Championships, cracking the top-10 in the 10km open water event and finishing 13th in the two longest events in the pool, the 800m freestyle and 1500m freestyle. She had qualified for the Pan Pacs and her first senior national team by winning 1500m silver at the Canadian Trials. In 2018 she also competed at the FINA World Junior Open Water Swimming Championships, finishing eighth in the 10km race for the 18-19 age group.

A Little More About Kate

Outside Interests: Was majoring in exercise science at the University of South Carolina… Odds and Ends: Moved all over the world as a child due to her father’s career; lived in Toronto until age 3 before spending time in Indiana, Abu Dhabi, Qatar, and Colorado…

In her Olympic debut, Zsofia Balazs competed as a 22-year-old and finished in 18th place in the 10km open-water Swimming…