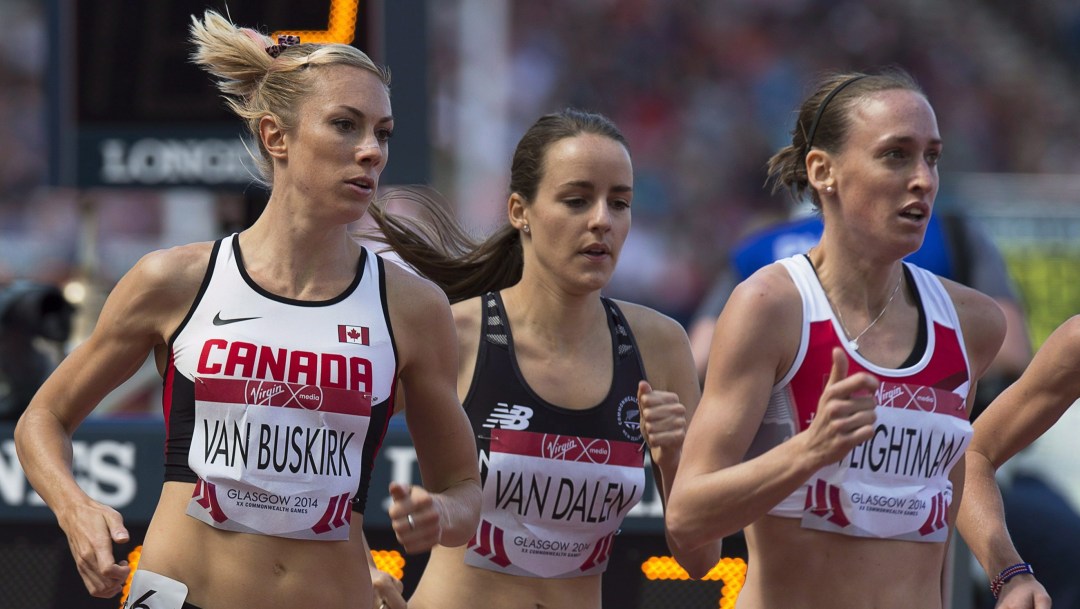 Kate Van Buskirk won back-to-back Canadian titles in the 1500m in 2013 and 2014. It was in 2013 that she competed at the World Athletics Championships for the first time before going on to post a fourth-place finish at the Jeux de la Francophonie. In July 2014, she ran a personal best 4:05.38 and soon won 1500m bronze at the Commonwealth Games in Glasgow.

But within a year, she was suffering from intense pain and inflammation in her joints. She was eventually diagnosed with spondyloarthropathy, a genetic rheumatoid condition, and adjusted her diet and lifestyle to keep her symptoms in check. With the 2016 Olympics on the horizon, she rushed back to hard training but developed chronic fatigue, forcing her to shut down her season.

Van Buskirk ran collegiately for Duke University. As a freshman with the Blue Devils she earned All-ACC honours with a third place finish at the ACC Championships. As a senior she won the 2011 ACC 1500m title and took bronze at the NCAA Championships. She placed second in the mile at both the 2011 ACC and NCAA Indoor Championships. She represented Canada at the 2011 Universiade, placing sixth in the 1500m.

A Little More About Kate

Outside Interests: Named as an Athlete Director of Athletics Canada in 2018… Hosts and produces the Shakeout Podcast… Ambassador for Fast and Female… Odds and Ends: Brampton Amateur Athlete of the Year in 2004… Sang alto for the Duke Chorale and Chamber Choir… A tattoo on her torso reminds Van Buskirk to “Be Relentlessly Positive.”

Layne Van Buskirk won the 2017 and 2018 ACC Conference Championship while competing for the University of Pittsburgh, the first…