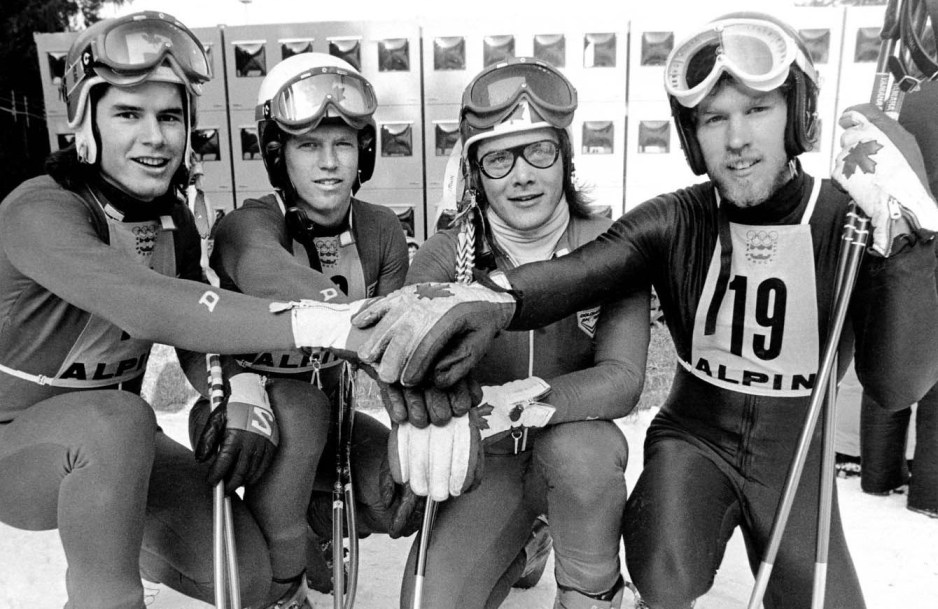 Canadian Ken Read was entered in three races in his Olympic debut at Innsbruck 1976. In the men’s downhill, he finished fifth, 0.24 seconds from bronze where first and fifth was separated by 1.10 seconds. He did not finish the slalom or giant slalom races. His outstanding World Cup season in 1979/1980 made him a gold medal favourite heading into Lake Placid 1980 and all attention was on Read, especially after carrying the Canadian flag in the Opening Ceremony. But just 15 seconds into his Olympic downhill race, the bindings on his boots released and his Games were over.

Read was a member of the Canadian downhill ski team of the late 1970s and early 1980s known as the “Crazy Canucks” for their daredevil racing style. He was the first non-European and first North American to win a World Cup in men’s downhill – 1975 in Val-d’Isere, France; and one of four Canadians that finished in the top-10 that day. Read won four more World Cup downhill races in his career, including being the first non-European to win both the Austrian downhills Hahnenkamm (Kitzbühel) and the Swiss race Lauberhorn (Wengen).

Read was raised in Vancouver, Kingston and Calgary and began skiing at age three and competing at age eight. Read was a member of the national ski team from 1974 to 1983 winning five Canadian Championships during his decade long career. Despite the rigors and travel associated with his racing schedule, Read went to school every single year he skied, but for one, and then finished off a degree at the University of Western Ontario.

Following his retirement in 1983, Read became a ski analyst for television, a columnist for ski magazines and the Calgary Herald, and started the “Breath of Life” Ski Challenge raising millions of dollars for Cystic Fibrosis research. Two movies were made about the Crazy Canucks – the documentary “The Dream Never Dies” (1980) and the television movie “Crazy Canucks” (2004).

Settling in Calgary and Canmore, Read married former national team skier Lynda Robbins and had three sons, all skiers. Erik, the oldest, competed at PyeongChang 2018, while Kevyn skied at Dartmouth College and Jeffrey was on Canada’s development squad. In 2006, he became a co-owner of the Mount Norquay ski resort in Banff National Park. From 2002-08 Read served as president and subsequently CEO of Alpine Canada.