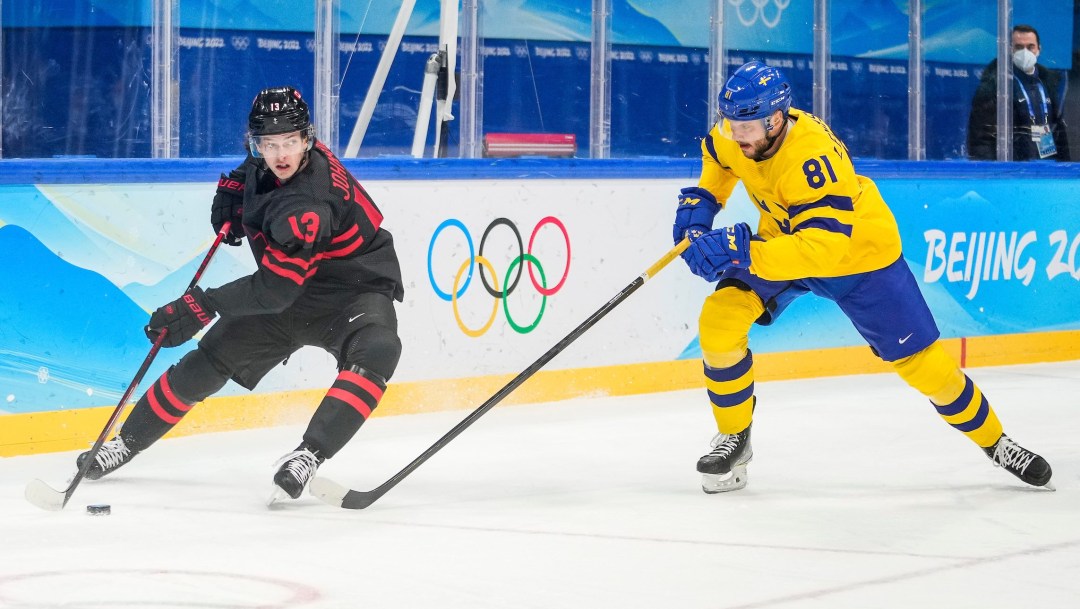 Kent Johnson made his Olympic debut at Beijing 2022 where he recorded one goal and four assists to tie for second on the team in points.

Johnson scored once for Canada at the 2022 IIHF World Junior Championship before the tournament was cancelled due to the COVID-19 pandemic. His first experience with the national program was as a member of the Canada West U-19 team at the 2019 World Junior A Challenge.

Johnson played junior hockey with the Trail Smoke Eaters of the BCHL. In 2019-20 Johnson scored 101 points in 52 games to be the league’s top scorer and was awarded the MVP and Most Sportsmanlike Player. He also received the CJHL’s Top Forward honours. He committed to the University of Michigan where he is majoring in sport management and was named to the Big Ten All-Rookie team in 2021 with 27 points in 26 games. Part way through his sophomore season, he had already bested his point total from the year before, with 30 points in three fewer games.

He was selected fifth overall by the Columbus Blue Jackets in the 2021 NHL Entry Draft.