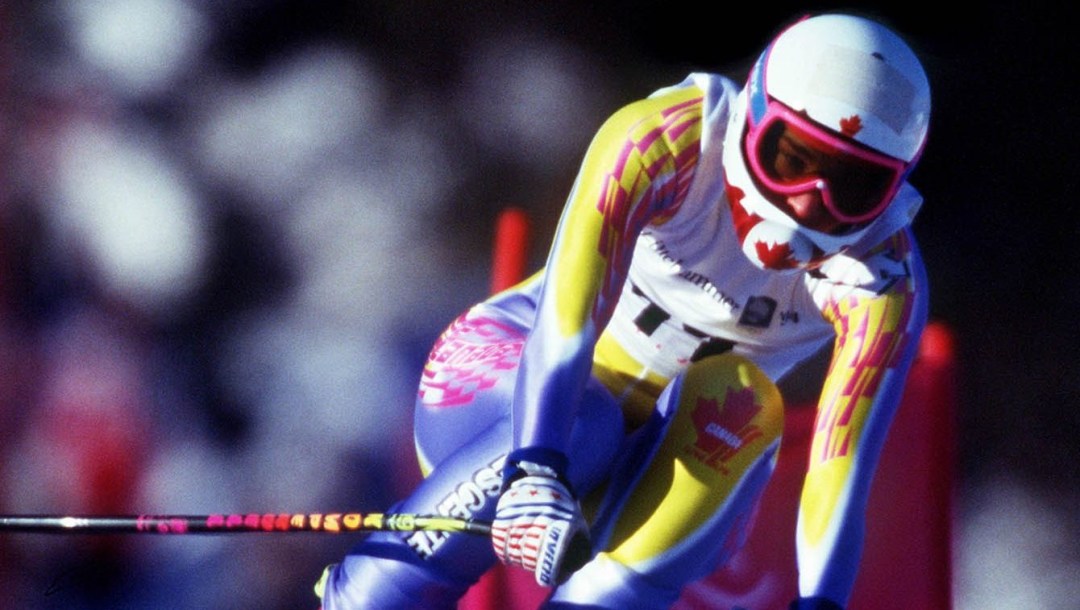 Kerrin Lee-Gartner always dreamed of becoming an Olympic champion, even making it her annual birthday wish, but with almost a decade of World Cup races and no podium finishes yet, it seemed unlikely. She made her Olympic debut on home soil at Calgary 1988 where Lee-Gartner raced in five events, her two best finishes were eighth in the combined and 15th in the downhill. Four years later on February 15, 1992, the day of the Albertville 1992 downhill, the odds of a Lee-Gartner victory were 20-1 in Las Vegas. She overcame incredible adversity and defied career ending injuries, but the dream never died. Lee-Gartner skied the race of her life on the Meribel course and won the Olympic downhill by 0.06 seconds ahead of American Hilary Lindh. It was the closest race in Olympic history with eighteen one-hundredths of a second separating first to fifth. Lee-Gartner became the only winner of the women’s downhill to ever come from a non-German speaking country and the only Canadian to ever win the event. Two days after her Olympic victory, Lee-Gartner finished sixth in the super-G.

Weeks prior to Lillehammer 1994, Lee-Gartner was shaken to her core and never thought she would race again after the tragic death of two-time world champion Austrian Ulrike Maier while racing the Garmisch-Partenkirchen World Cup downhill in January 1994. Lee-Gartner finished 29th that day and immediately left Europe with her coaching husband Max Gartner. They went home to Canada for a gut check asking why she was really risking her life and how she could even think of defending her Olympic downhill title in Norway in a few weeks’ time. After much reflection, Lee-Gartner showed up at Lillehammer 1994 not wanting to walk away from skiing on that note. She raced the downhill but without the same passion and without her husband and coach watching – their hearts just weren’t in it. She finished 19th in the downhill and eighth in the super-G. A few weeks later in Whistler, British Columbia, Lee-Gartner had a top-10 downhill finish and felt the magic again, and then retired.

In her decade long career, Lee-Gartner had 72 World Cup starts with six podium finishes but no titles (four in downhill, two in super-g) and a total of 34 top-10 finishes. Her first World Cup podium finish was in December 1990. She competed at four World Championships and won three national downhill titles. Overall, Lee-Gartner had 49 top-10 finishes at Olympic, World Championships and World Cups.

Born in Trail, British Columbia, Lee-Gartner was raised in nearby Rossland, five doors down from the parents of 1968 giant slalom medalist Nancy Greene. She started racing as a youngster at Red Mountain. Told she didn’t have what it took to succeed at 15, the every next year Lee-Gartner was on the national team and had raced in her first World Cup downhill.

After her competitive career was over, Lee-Gartner and husband Max had two daughters. She stayed close to her sport working as a broadcast ski analyst for CBC Sports, running their consulting sport company, hosting ski tour vacations, travelling, coaching, mentoring, doing speak engagements, charity work and volunteering at the ski hill. Her competitive spirit now shifted to golf. 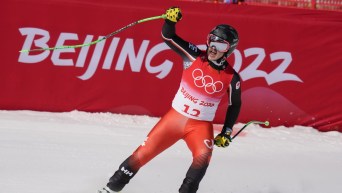