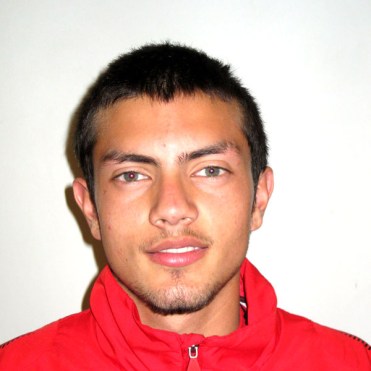 Keven Aleman Bustos was 16 years old when he made his debut in the Canadian youth program in 2010. He won a silver medal with Canada at the 2011 CONCACAF Under-17 Championship, scoring three goals in the tournament, and represented Canada at the FIFA Under-17 World Cup Mexico 2011. Aleman Bustos appeared in three games with the men’s national team in 2013 while playing twice with the under-20 national team. Aleman Bustos plays professionally for Costa Rican club CS Herediano and was on loan this past season to Belen where he scored four goals in 19 games.

Family: Parents Alexander Rojas Solano and Anjanette Bustos Valerin… Moved to Canada with his family when he was 10… Getting into the Sport: Grew up playing soccer, sometimes until it was so late that they couldn’t see the ball… Started playing in the Toronto Spanish League after immigrating… Odds and Ends: Nickname: Mosco… Favourites include Lionel Messi and FC Barcelona…

Carl English rose to national prominence at the 1997 Canada Games in Brandon where he was a 16-year-old starter on...