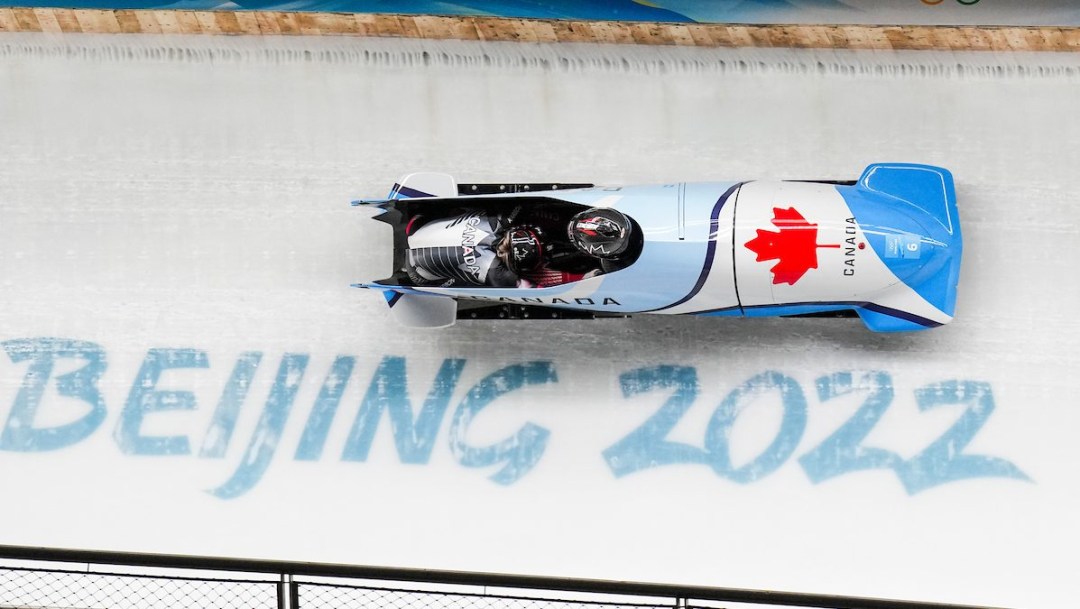 Kristen Bujnowski made her Olympic debut at Beijing 2022 where she finished fifth in the two-woman event with pilot Christine de Bruin.

Bujnowski attended a bobsleigh testing camp in June 2017 and two weeks later was pushing in the Ice House at Canada Olympic Park in Calgary. She progressed quickly from there, attending a national prospect camp, followed by a national team camp in September, and then made her competitive debut in a World Cup race in November 2017. She was named as an alternate brakewoman for PyeongChang 2018.

The following season saw a very successful partnership with de Bruin start to take shape. In January 2019, they won silver together at the World Cup in Altenberg. That was followed a few weeks later by another silver in Lake Placid. In Bujnowski’s world championship debut in 2019, they won bronze in the two-woman event in Whistler.

During the 2019-20 season, Bujnowski raced in seven World Cup two-woman events with de Bruin, winning two medals and only finishing outside the top five once. They ended the season ranked third in the World Cup two-woman standings and won their second straight bronze at the world championships.

But on the last day of sliding that season, Bujnowski pulled her calf and it was decided she should take a cautious approach to her recovery. She sat out of the pandemic-impacted 2020-21 season. Reunited with de Bruin in 2021-22, they started the season with a bronze medal at the Olympic test event of the Yanqing Sliding Centre. That was followed by three straight bronze medals on the World Cup circuit. They added one more bronze in January to finish the season ranked fourth overall.

Getting into the Sport: Started in bobsleigh at age 25, after spending two years working as a engineer and doing CrossFit in her spare time… Had competed in collegiate track and rowing at Western University but stopped training after graduation… Was inspired by her brother making his first national team in athletics to find a way to resume pursuing her own Olympic dreams… Always through that representing Canada at the Olympics was the greatest thing a person could do… Outside Interests: Graduated from Western University in 2015 with two degrees: mechanical engineering and kinesiology… Supports Fast and Female… During the competitive season, the thing she enjoys most is visiting European Christmas markets… Odds and Ends: Has a tattoo behind her left ear that says “fight on”…