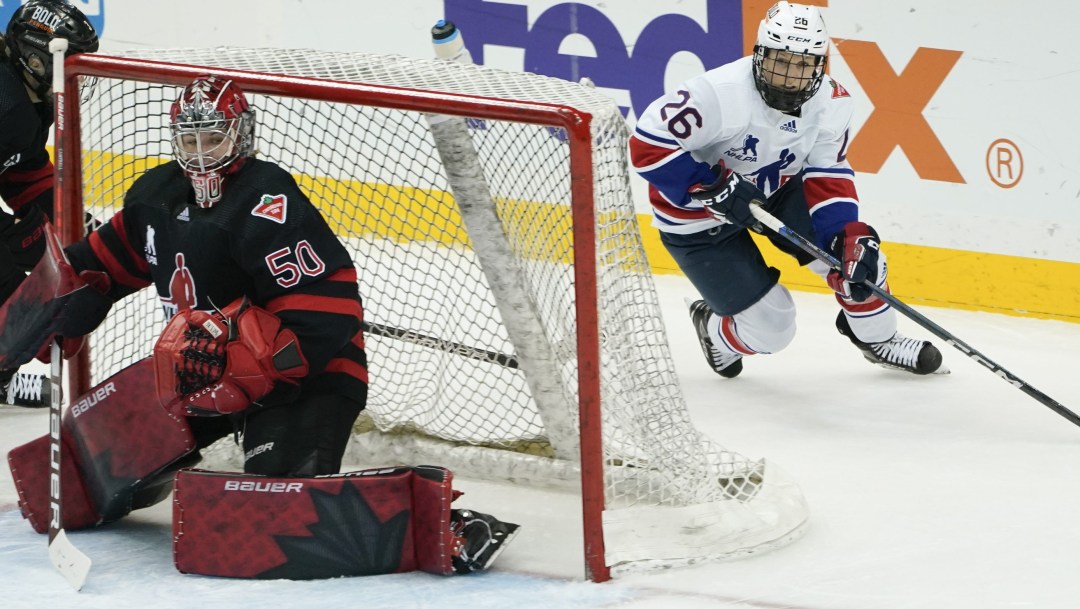 Kristen Campbell was named to her first Olympic team for Beijing 2022. As the third goaltender for Team Canada, she did not see any game action, but did come home with a gold medal.

Campbell first wore the maple leaf internationally at the 2015 IIHF U18 Women’s World Championship, winning the silver medal as she started and won one round robin game in the tournament. She next appeared for Canada as a member of the U22 development team in 2018, playing in a series against the United States. She got her first experience with the National Women’s Team the following year but had to wait until 2021 to be named to the roster for the IIHF Women’s World Championship. She was Canada’s third goaltender at the tournament as the team won the gold medal.

Campbell began playing collegiately at the University of North Dakota. She redshirted in 2015-16 and served as backup goaltender in 2016-17 before UND folded their women’s hockey program at the end of the season. Going through the recruitment process again, she was given the opportunity to be the starting goaltender at the University of Wisconsin, turning one of the worst things that ever happened to her into one of her greatest experiences.

Campbell starred for the Badgers over the next three years, winning the 2019 NCAA Championship and a pair of WCHA titles (2018, 2020). She was a two-time Second Team All-American and All-WCHA First Team selection (2018, 2019). In her first year at Wisconsin, she was named WCHA Goaltender of the Year and a finalist for the Patty Kazmaier Award given to the top collegiate female hockey player as she led the NCAA in goals against average (1.19) and shutouts (12). As a junior in 2019 she again led the nation in GAA (1.03) and shutouts (11) while also earning the most wins (35). She was named the Most Outstanding Player of the Championship Game during the Badgers’ NCAA title win. Campbell even served as an alternate captain her senior season.

Following graduation, Campbell joined the PWHPA and skated with the Calgary-based team for the 2021 Dream Gap Tour.

Getting into the Sport: Started playing hockey when she was 9, becoming a fulltime goalie when she was 12… Grew up playing street hockey with her older brother, Kyle, who always put her in net, leading to her falling in love with goaltending… In her early days, had to beat all the boys to the rink so she could claim the goaltending equipment before them to ensure she could be in net for practices and games… Idolized Cassie Campbell since she was young and wore #77 to pretend to be her on the ice… Outside Interests: Graduated from the University of Wisconsin in 2020 with a Bachelor of Science in Rehabilitation Psychology… Would like to become a sports psychologist with a collegiate or pro sports team and/or coach an NCAA D1 women’s hockey team… Includes yoga in her daily routine… Enjoys reading and writing, cooking and baking, playing tennis and golf… Odds and Ends: Has her favourite motto “Find a way” tattooed on her left ankle… Has a playlist with a specific song for each stage of her pre-game routine… Finished fifth with Team Manitoba at the 2015 Canada Winter Games… Awarded the 2020 Manitoba Female Athlete of the Year…