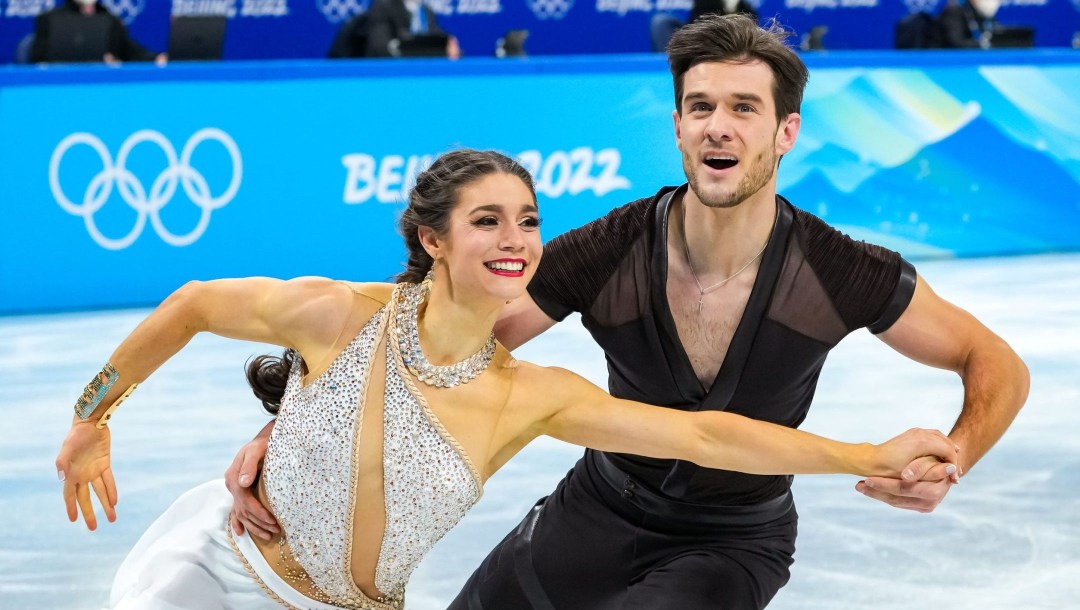 Laurence Fournier Beaudry and Nikolaj Soerensen teamed up to compete together in ice dance in 2012. Choosing to represent his home country of Denmark, their first international season was in 2013-14, which was capped by their debut at the ISU World Championships.

They competed for Denmark through the 2017-18 season. At the 2017 World Championships, their 13th-place finish qualified an ice dance spot for Denmark for PyeongChang 2018. But Fournier Beaudry had been unable to obtain Danish citizenship, making them ineligible to compete at the Olympic Games. Disappointed, knowing that they belonged among the world’s best, they decided to make the change to represent Canada. They had been living and training in Montreal with coaches Marie-France Dubreuil and Patrice Lauzon since before the start of their partnership.

Their momentum continued early in the fall of 2019 as they won their first career Grand Prix medals, taking bronze at both Skate America and Cup of China. But in December 2019, Soerensen had to undergo surgery to relieve recurring pain in his right knee. They did not compete at the 2020 Canadian Championships but were named to the team for the 2020 World Championships which were eventually cancelled because of the onset of the COVID-19 pandemic. After not competing for about 15 months, they earned a career-best eighth-place finish at the 2021 World Championships.

In the fall of 2021, Fournier Beaudry and Soerensen reached the podium in all four events they entered, including bronze medals at both of their Grand Prix events, Skate America and Rostelecom Cup. After winning silver at the 2022 Canadian Championships, Fournier Beaudry and Soerensen made their Olympic debuts at Beijing 2022, placing ninth. They also finished ninth at the 2022 World Championships.

Getting into the Sport: Started figure skating at age 9… Loves that the sport allows her to develop her artistic side along with her physicality…  Outside Interests: Studying biomedical sciences… Does some work as a figure skating coach and choreographer… Enjoys cooking, reading psychology books, doing outdoor activities (cross-country skiing, swimming, cycling), researching music for new programs… Odds and Ends: Was inspired to become an athlete by diver Émilie Heymans who gave a presentation to her primary school… Role model in figure skating is Tessa Virtue… Favourite motto: “Everything happens for a reason”…