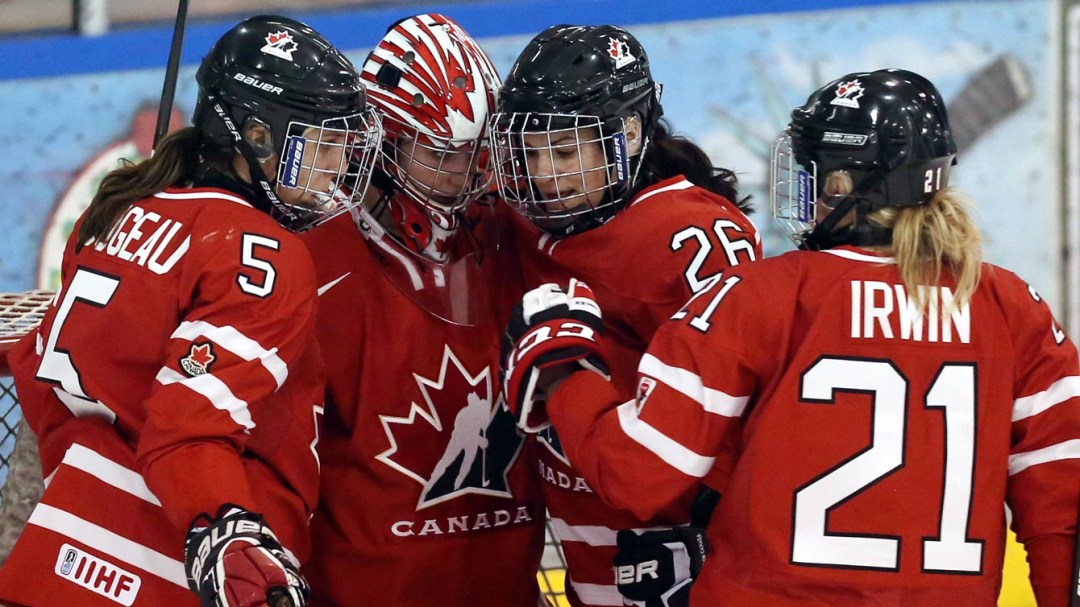 Lauriane Rougeau first wore the maple leaf as a member of the national women’s under-18 team, which included captaining Canada to silver at the 2008 IIHF U-18 Women’s World Championship in Calgary where she was named top defenceman. After playing internationally with the national under-22 team, Rougeau began playing with the National Women’s Team in 2011 and made her world championship debut in 2012, helping the team win gold. She returned to win silver at the 2013 IIHF Women’s World Championship. Rougeau competed in her first Olympic Games at Sochi 2014, helping Canada win its fourth straight gold medal in women’s hockey. She then won three more world championship silvers in 2015. 2016 and 2017 before being part of Canada’s silver medal-winning squad at PyeongChang 2018.

Rougeau’s collegiate career took her to Cornell University. In 2009-10 she was named Ivy League Rookie of the Year and helped Cornell reach the championship game of the NCAA Frozen Four. The team would get back to the Frozen Four in each of the next three years, including 2012-13 when Rougeau served as team captain.

After Sochi 2014 she joined Montreal of the CWHL, reaching the Clarkson Cup Final in 2014-15 and 2015-16 before winning the trophy in 2016-17. She endured the most serious injuries of her career in the two years leading up to PyeongChang 2018, first breaking a bone in her foot while blocking a shot and then breaking a bone in her wrist and perforating a tendon.

A little more about Lauriane

Getting into the Sport: Started playing hockey at age five… Was in figure skating at first but didn’t like it so when her parents told her to choose another sport she picked hockey… Outside Interests: Graduated from Cornell University in May 2013 with a Bachelor of Science in Nutrition… Earned her Master’s of Human Kinetics in Sport Management from the University of Ottawa in 2016…  Enjoys reading, colouring, playing tennis and golf, kayaking, paddleboarding… Odds and Ends: Had her Olympic dream sparked by watching the Canadian women’s hockey team battle through adversity to win gold at Salt Lake City 2002… Role model is Caroline Ouellette because her passion, love and dedication for the game is unparalleled… Favourite quote: “Why do we fall? So we can learn to pick ourselves up.” – Christopher Nolan…