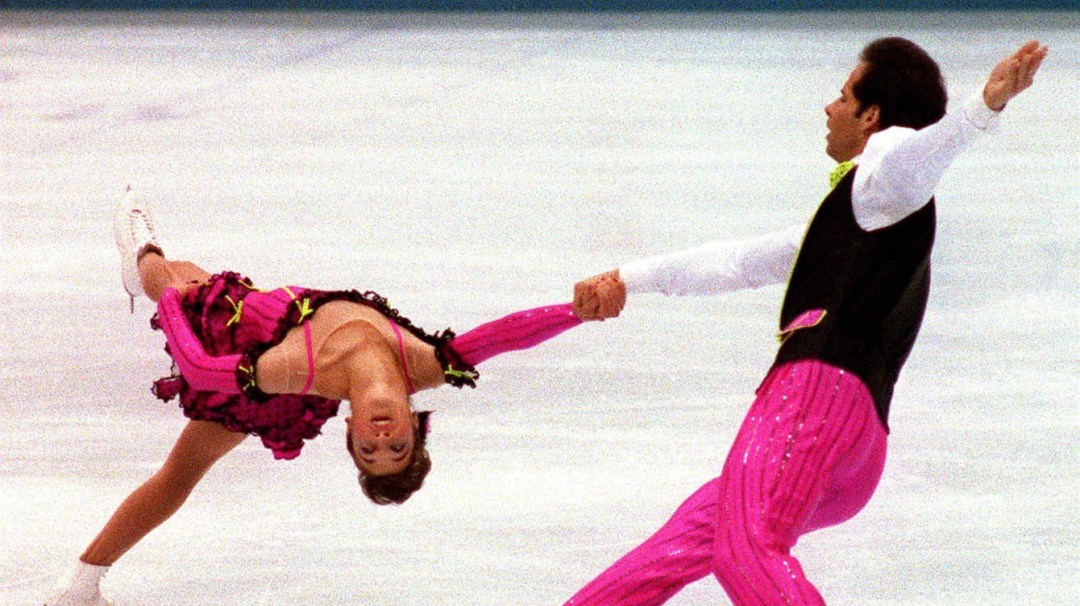 Isabelle Brasseur and Lloyd Eisler had a highly successful amateur figure skating career which included back-to-back Olympic bronze medals in 1992 and 1994 with a world title in between.

The 4’11” Brasseur and 5’10” Eisler began their partnership in 1987. At the time, she spoke no English and he spoke little French. But they used their size differential to its greatest potential, performing unique and difficult lifts and twists. Just a year later, they were competing in their first Olympic Games together at Calgary 1988. In 1989, they won the first of their five national titles.

Though their performances at Albertville 1992 were technically flawed, they narrowly earned a spot on the Olympic podium, capturing the bronze medal. They recorded that same result at the 1992 World Championships in Oakland.

For the following season, they decided to put a focus on the artistry and presentation in their programs. Matched with their outstanding technical abilities, they won the short program and free skate at the 1993 World Championships in Prague to capture the gold medal.

Despite heading into Lillehammer 1994 as the reigning world champions, Brasseur and Eisler were considered underdogs as professional skaters were permitted to have their Olympic eligibility reinstated. Returning to the pairs event were 1988 Olympic champions Ekaterina Gordeeva and Sergei Grinkov and 1992 Olympic champions Natalia Mishkuteniok and Artur Dmitriev. Brasseur and Eisler skated two clean programs but against the very stiff competition left the Games with another bronze medal.

A month later, they competed at the world championships in Chiba, Japan, despite Brasseur wearing a heavy bandage to support a cracked rib. Pushing through the pain, they won the silver medal in their final amateur competition.

Eisler had competed in his first Olympic Games at Sarajevo 1984 with his previous partner Katherina Matousek.