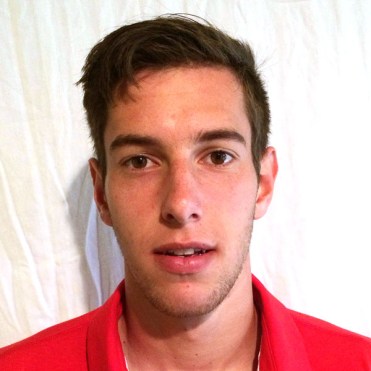 Louis Béland-Goyette has wanted to play for Team Canada since watching the FIFA Under-17 World Cup in 2011. At 18, he signed his first professional contract with the Montreal Impact, after having been part of the Impact Academy since September 2011 where he played for the U-18, U-21 and U-23 teams. He is currently playing with FC Montreal of the United Soccer League, scoring two goals through six games. Béland-Goyette made his debut for the Canadian U-20 team in 2014 and also spent time with the national U-18 team. He was part of Team Canada at the 2015 CONCACAF Under-20 Championship, appearing in four games and starting three of them.

Family: Parents Benoit and Josée… Sister Camille… Getting into the Sport: Started playing at age 4 with friends on the school ground… Outside Interests: Enjoys watching movies, going to restaurants, traveling… Odds and Ends: Favourite player is Xavi Hernandez…