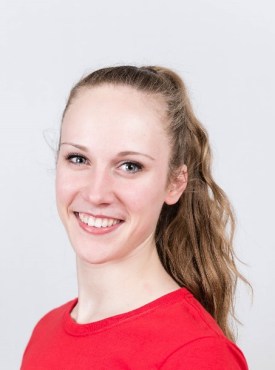 Lucinda Nowell never dreamed of competing for Canada, but coaches developed her love of the sport as well as her technique to make her better than she ever imagined she could be. She joined the national team in May 2013 and a month later had a tryout with the national group. She was soon invited to join the squad, which meant a move to Toronto for training and her final year of high school. She competed with the group for the first time in February 2014. Nowell helped the group to a fifth place finish at the 2014 Pan American Championships which qualified them for TORONTO 2015. She remained with the group for the 2014 World Championships where they finished 21st in the all-around to qualify for the 2015 World Championships which is the first qualification event for the 2016 Olympic Games.

Family: Father Mark was a competitive squash player… Mother Helen… Older brother Magnus… Family moved to Canada when she was 2… Grandfather Cedric Nowell competed in rowing for England… Getting into the Sport: Started gymnastics at age 7 when her mother signed her up for a recreational class… Her first year coach told her to love her ball and keep it with her at all times… Playing with it made her interested in what was possible to do with the apparatuses… Outside Interests: First year studies in humanities at University of Toronto (St. George campus)… Enjoys tubing, cliff jumping, swimming, listening to music and watching TV (The Mindy Project)… Odds and Ends: Nickname: Lucy… Inspired by Ukrainian gymnast Anna Bessonova… When someone gives her something and tells her it’s lucky she keeps it to carry around and now has a large collection of lucky things… Favourite quote: “Life isn’t about waiting for the storm to pass, it’s about learning to dance in the rain.” – Vivian Greene…