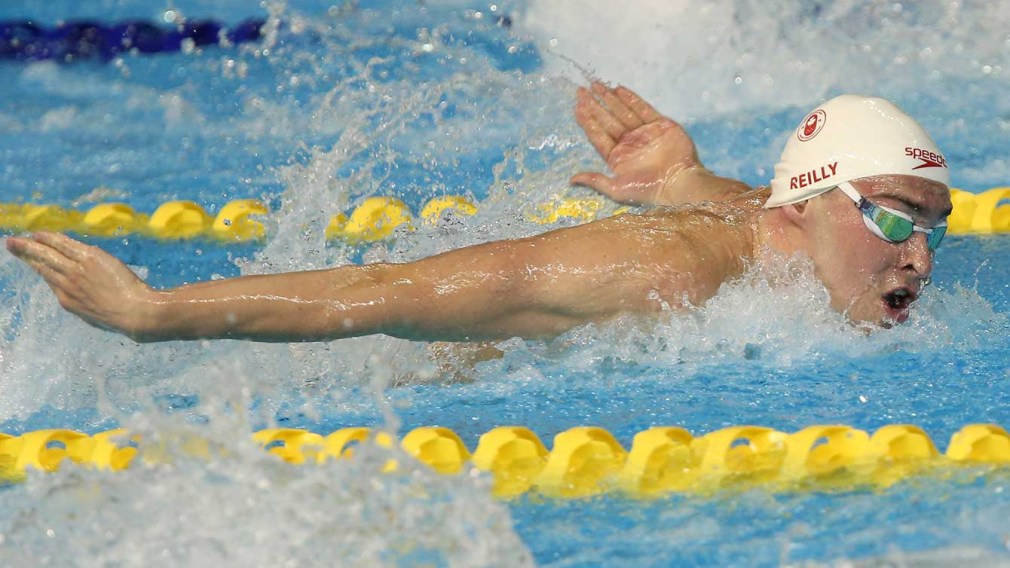 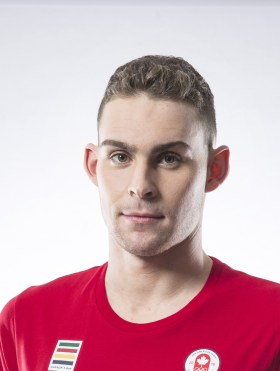 At the 2015 Pan Am Games in Toronto, Luke Reilly won silver in the 400m IM and made the final of the 200m IM. Reilly had been named to his first senior national team in 2014, giving him the chance to compete at the Commonwealth Games and Pan Pacific Championships. He advanced to the 400m IM final at both major international meets. That came one year after he had competed at the 2013 FINA World Junior Championships where the highlight was his fifth place finish in the 400m IM. He went on to be named Swimming Canada’s 2013 Junior Male Swimmer of the Year. Reilly won both individual medleys at the 2015 Canadian Trials to earn his spot on the Pan Am Games team. He finished second in the 400m IM at the 2015 CIS Championships to help the UBC Thunderbirds win the national title.

Family: Parents Chris and Leslie Reilly… Younger sister Taylor is also a swimmer and younger sister Kate plays hockey… Was born in Dallas where his father was doing his residency… The family moved back to Canada when Luke was 5 months old… Getting into the Sport: Began swimming at age 5 when his parents took him to the pool every day… Olympic dream sparked when he met Canadian Olympic swimmer, Brian Johns, who became his mentor and coach… Outside Interests: Pursuing Bachelor of Arts, English major at the University of British Columbia… Would like to pursue broadcast journalism… Enjoys learning to play guitar, cooking, writing, reading, waterskiing and other beach activities, and watching Arrested Development… Community Ambassador with the Vancouver Food Bank… Odds and Ends: Favourite quote: “Life is very tough. If you don’t laugh, it’s tough” – Joan Rivers… Despite his nutritionist telling him he only needs one, always eats two powergels before racing 400m IM… Always likes to wear fancy shoes to a race and travels with at least 6 pairs…