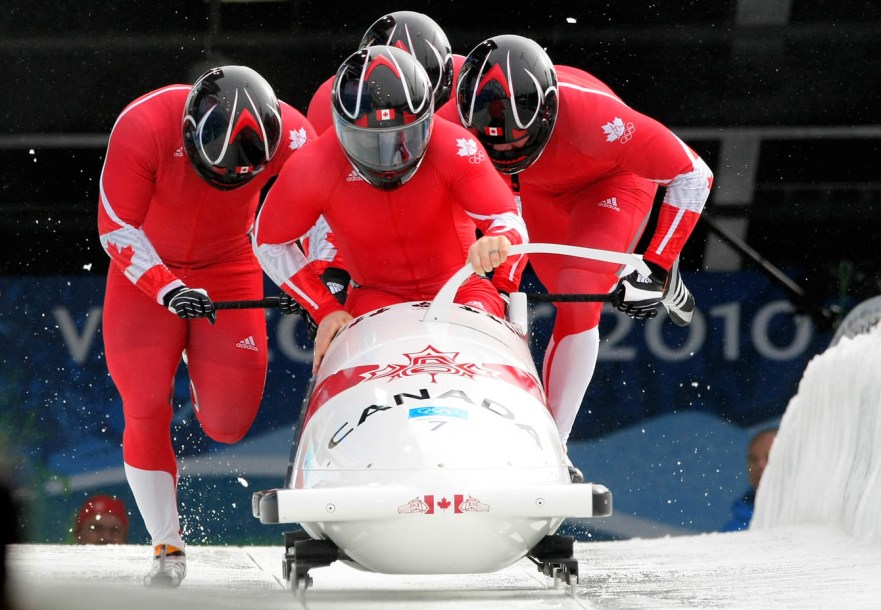 Lyndon Rush made his Olympic debut at Vancouver 2010 where he piloted his four-man crew of David Bissett, Lascelles Brown and Chris LeBihan to the bronze medal. It was one of four medals on Day 16 for Canada and the country’s first Olympic four-man medal since Vic Emery’s crew won gold at Innsbruck 1964. Rush’s crew missed out on the silver medal by just 0.01 of a second.

At Sochi 2014, Rush once again piloted the top-finishing Canadian sled in the four-man event, placing ninth. He also finished ninth in the two-man event.

Recruited to bobsleigh after his university football career ended, Rush initially trained as a brakeman but a pulled hamstring led him to choosing to attend driving school instead.

After racing in the shadow of two-time Olympic medallist Pierre Lueders, Rush had his breakthrough during the 2009-10 season when he emerged as the new leader of the Canadian men’s team. Prior to stepping on the Olympic podium, Rush captured World Cup gold medals in both the two-man and four-man events.

Following Lueders’ retirement, there was no question that Rush was Canada’s best pilot, proven by his silver medal with brakeman Jesse Lumsden in the two-man event at the 2012 World Championships. In 2012-13 he claimed his first World Cup title, taking top spot in the overall two-man standings.

Played football for five years at the University of Saskatchewan… Discovered bobsleigh at age 24 after receiving a recruitment phone call from Bobsleigh Canada… Graduated from the University of Saskatchewan with a Bachelor of Arts in 2004… Affiliated with Athletes in Action… Favourite quote: “For God has not given us a spirit of fear and timidity, but power, love and self-discipline” (2 Timothy 1:7)…