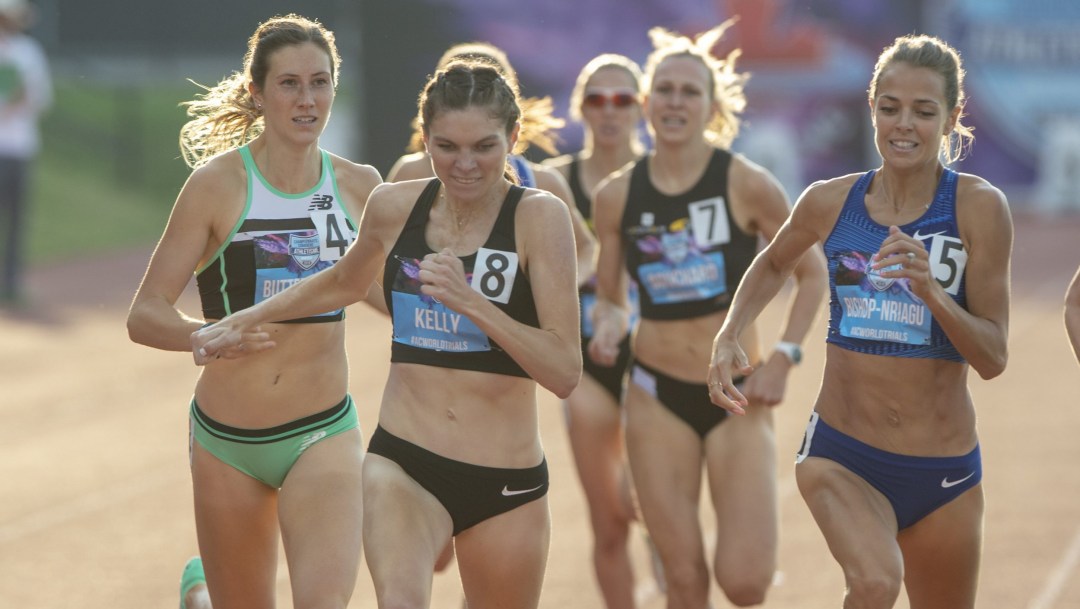 Madeleine Kelly ran collegiately for the University of Toronto. She was a four-time CIS/U SPORTS Champion with the Varsity Blue’s relay team, winning three straight 4x800m titles from 2016 to 2018 and a 4x400m title in 2017. She also won the U SPORTS Cross Country team title in 2017.

She had her breakout year on a national level in 2019, taking bronze at the Harry Jerome Track Classic before claiming her first Canadian 800m title later that summer.

In June 2021, Kelly came close to breaking the two-minute mark in the 800m, running a personal best 2:00.11 at a meet in Windsor. Just a couple of weeks later she won bronze at the Canadian Olympic Trials to earn her spot at Tokyo 2020.

A Little More About Madeleine

Getting into the sport: Started running track when she was 12… Grew up as a downhill skier… Has wanted to represent Canada ever since watching Melissa Bishop compete at London 2012… Outside Interests: Graduated from the University of Toronto with a double major in English and Anthropology in 2018… Works as a writer at Canadian Running Magazine… Enjoys reading, cooking, trips with friends and family, cycling… Odds and Ends: Role models include Bishop and Gabriela DeBues-Stafford, a teammate at U of T who showed her what it meant to be really good at running….