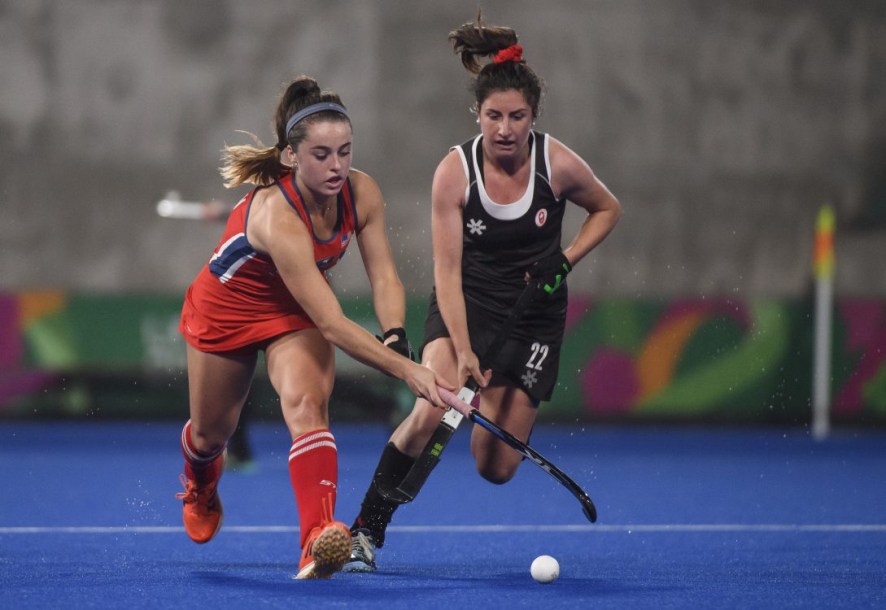 Maddie Secco has more than 125 senior caps to her credit since making her national team debut in 2011. Going back to the junior squad, she was part of the silver medal-winning team at the 2012 Junior Pan American Championship and then competed at the 2013 FIH Junior World Cup. Returning to the senior squad, she helped Canada win bronze at the 2013 Pan American Cup before making her Commonwealth Games debut in 2014. In 2015, Secco was part of Canada’s bronze medal winning team at the Pan Am Games in Toronto, scoring one goal in her six games played. Secco led Canada in scoring at the 2018 Commonwealth Games with two goals in five games, helping the team to a fifth-place finish. In her four years at Stanford University, she scored 23 goals in 78 games for the Cardinal, earned a NFHCA All-Academic selection and was twice a NorPac All-Tournament team selection.

A LITTLE MORE ABOUT MADDIE

Getting into the Sport: Started playing field hockey in a spring league at age 7… Loves the speed of the game and the never-ending skills she can learn… Outside Interests: Graduated from Stanford University in 2016 with a BA in Human Biology… Loves to bake and cook… Odds and Ends: Favourite quote: “Somewhere behind the athlete you’ve become and the hours of practice and the coaches who pushed you is a little girl who fell in love with the game and never looked back… play for her”… Always send postcards from her travels to her best friend and grandparents… Role model growing up was Canadian soccer star Kara Lang…