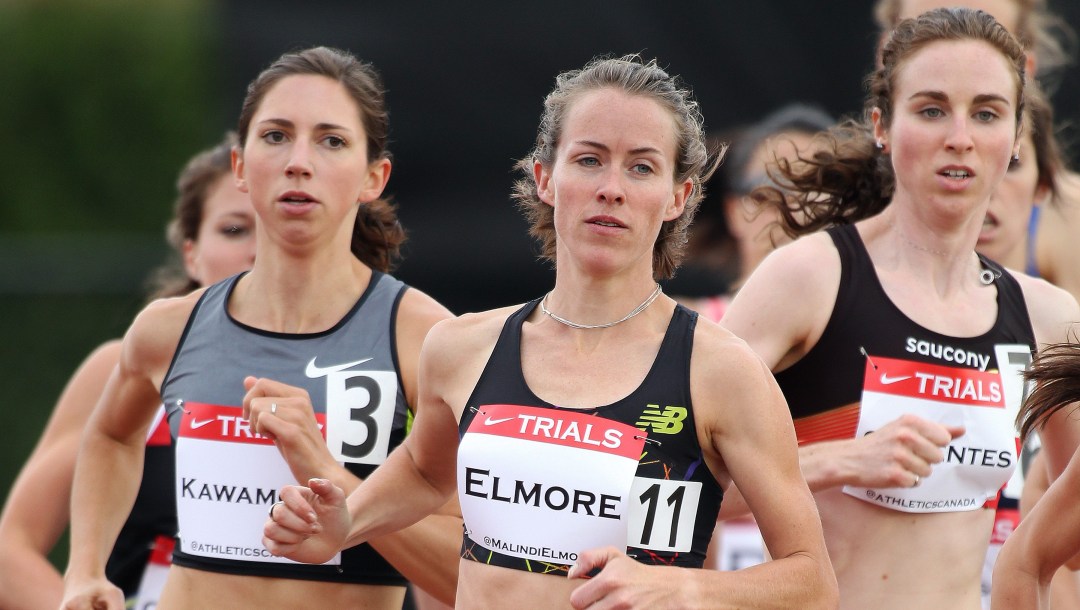 Having first made her name as a middle distance runner, Malindi Elmore put her name into the Canadian record books in January 2020 when she smashed the national mark in the marathon not long after returning to professional racing following a nearly seven-year retirement.

Elmore made her Olympic debut at Athens 2004 where she competed in the 1500m. Her personal best time from July 2004 still makes her the sixth-fastest woman in Canadian history in that distance. Despite having the global entry standard in the 1500m, she was not named to the Beijing 2008 team because she was 0.07 seconds shy of the even stricter Canadian standard needed for selection. Four years later, she won the national trials but missed out on competing at the 2012 Olympic Games in London because she was less than a second slower than the Olympic entry standard. She then decided to hang up her racing shoes.

After competing in professional ironman triathlons from 2015 to 2017 (including a sub-9-hour performance) and having two children, Elmore decided she wanted a new challenge. Just seven months postpartum, she competed in her first marathon in January 2019. She aimed to compete at the Toronto Waterfront Marathon in the fall of 2019, which would double as the Canadian Championships, but a hamstring injury kept her out of the race. Fully recovered, she ran 2:24:50 at the Houston Marathon in January 2020, taking more than two minutes off the national record set less than a year earlier. En route, she also set Canadian records at 25km, 30km, 35km, and 40km, just a couple months before her 40th birthday.

In her return to the Olympic Games at Tokyo 2020, Elmore finished ninth for Canada’s best result in the women’s Olympic marathon since the event’s debut at Los Angeles 1984.

A Little More About Malindi

Getting into the Sport: Had an intense interest in running sparked by watching Joan Benoit win the first women’s Olympic marathon at Los Angeles 1984… Started running seriously in high school, circa 1996… Was especially inspired by Leah Pells and her fourth place finish in the 1500m at Atlanta 1996… … Outside Interests: Graduated from Stanford University with a Bachelor of Arts in International Relations… Earned a Masters in Environmental Design from the University of Calgary and has a Bachelor of Arts in Education from UBC Okanagan… Coaches at the Okanagan Athletics Club and the UBC Okanagan campus… Enjoys gardening, reading, skiing, camping… Odds and Ends: Husband Graham Hood is a two-time Olympian in the 1500m from Barcelona 1992 and Atlanta 1996…