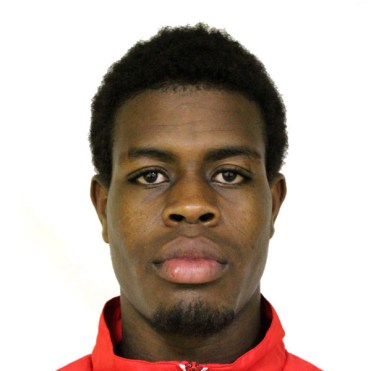 Manjrekar James plays professionally for Pesci MFC in the top Hungarian league, OTP Bank Liga. This past season he appeared in sixteen games and picked up one goal. He has made four appearances for Canada, one at the 2013 CONCACAF Under-20 Championship, two with the men’s national team in friendlies against Iceland in January 2015, and most recently in a FIFA World Cup qualifier in June in Dominica, his birthplace.

Family: Parents Averil and Vernise… Moved to Canada at age 9 to get a better education… Getting into the Sport: Started playing soccer at age 9… His cousin played and was very good; he wanted to be just as good so when he moved to Canada he asked his dad to sign him up… Outside Interests: Enjoys spending time with friends and family, watching movies, playing billiards… Odds and Ends: Favourite motto: “Impossible is nothing”… Nickname: Mjay…