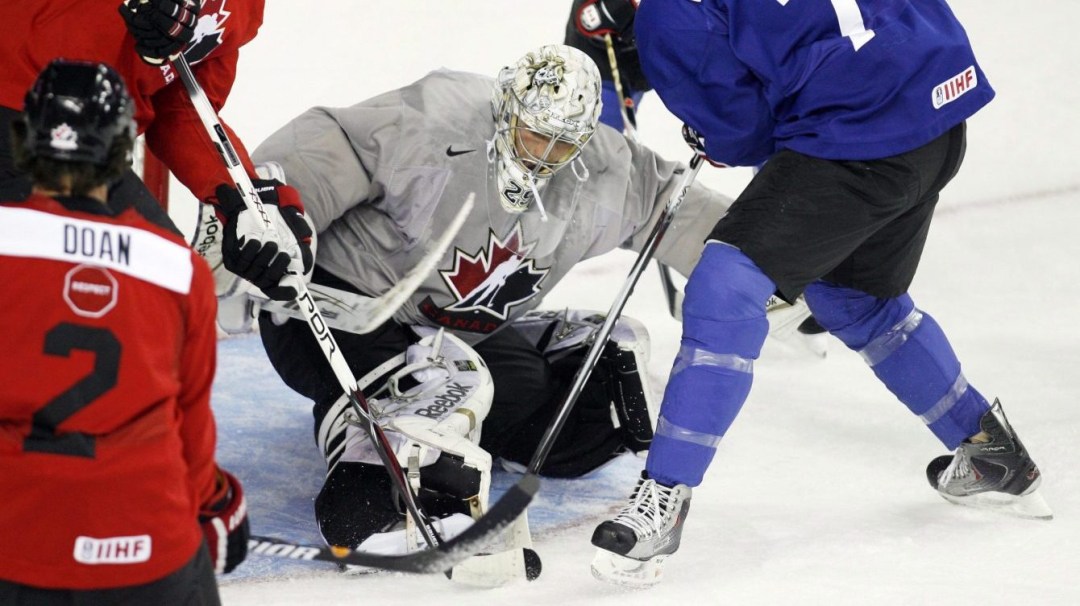 Marc-André Fleury is an Olympic gold medallist and two-time silver medallist at the IIHF Junior World Championship. In his Olympic Games debut at Vancouver 2010, Fleury did not see any playing time, but was part of the gold winning ice hockey team. During the 2003 World Juniors in Halifax, Team Canada placed second and Fleury was named Top Goaltender and tournament MVP. Returning the following year in Finland, Fleury backed Canada to win a consecutive silver medal.

When not in a Team Canada jersey, Fleury was enjoying more success. In the 2003 NHL Entry Draft, Fleury was selected by the Pittsburgh Penguins, who made him the second goalie in history to be drafted first overall. Showing major development in his third season with the Penguins, Fleury recovered from a major ankle injury to help his team to the 2008 NHL Stanley Cup Final. In 2009 the Penguins avenged their previous season loss, to defeat the Detroit Red Wings as Fleury won his first Stanley Cup. Fleury became a three-time Stanley Cup champion, winning again in 2015-16 and 2016-17 with the Penguins. His NHL career continued as he was selected to the Vegas Golden Knights during the 2017 Expansion Draft. In Vegas, Fleury became the second youngest goaltender to record his 400th win. Also recorded his best goals-against average and save percentage of his career to date as the Golden Knights made it to the Stanley Cup Final in their very first season.

Getting to know Marc-André…

Nickname is Flower … Lists Martin Brodeur and Patrick Roy as his hockey idols … Favorites include French pancakes and poutine (foods), Nickelback (band), Jim Carrey (actor) and MTV’s Pimp My Ride (TV show) … Lists football as his favourite sport other than hockey … Drafted by Pittsburgh in first round, 1st overall, in 2003 Entry Draft.