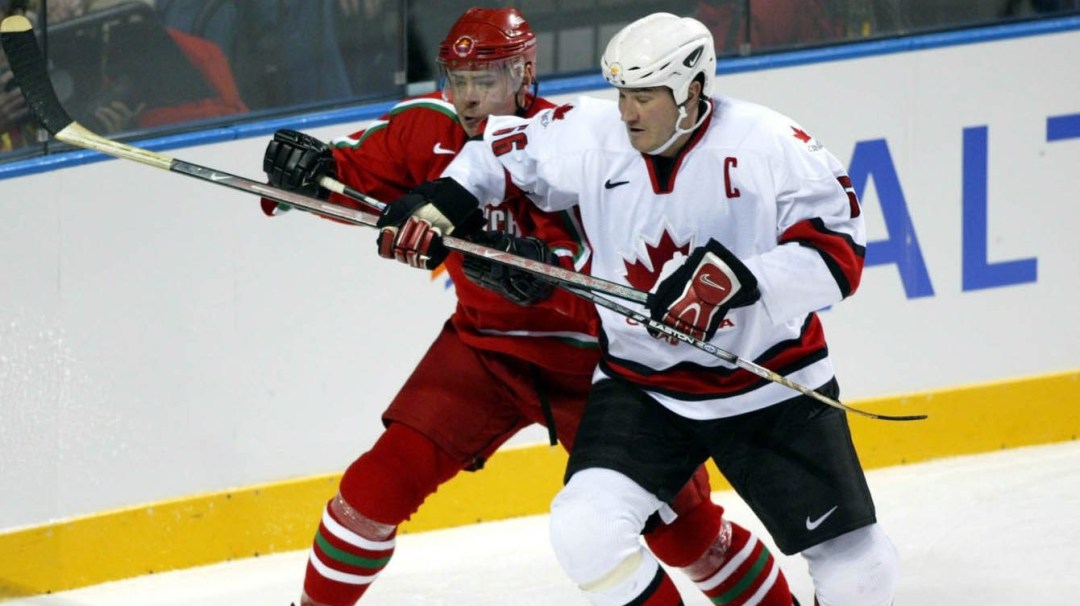 Lemieux’s first time wearing the Team Canada jersey was at the 1983 IIHF World Junior Championship where he tallied 10 points over seven games en route to a bronze medal. Lemieux would go on to represent Canada at the 1985 IIHF World Championship (silver), the 1987 Canada Cup (gold), and the 2004 World Cup of Hockey (gold). Lemieux was inducted to the IIHF Hall of Fame in 2008.

Lemieux had a stellar NHL career which began with him being drafted first overall in 1984 by the Pittsburgh Penguins. Lemieux would go on to record 1723 points in 915 NHL games.

In 1993 he was also awarded the Bill Masterton Trophy for exemplifying the qualities of perseverance, sportsmanship and dedication to hockey. That came after he missed two months of the NHL season while undergoing treatment for Hodgkin lymphoma.

Lemieux announced his retirement in 1997 at age 32 due to back injuries and lingering effects from his Hodgkin lymphoma diagnosis. He would return to the NHL in the 2000-01 season and would go on to play five more seasons.

Lemieux is currently the owner and chairman of the Pittsburgh Penguins. He was inducted to the Hockey Hall of Fame in 1997 and the Canadian Olympic Hall of Fame in 2009 with his teammates from the 2002 Olympic hockey team.