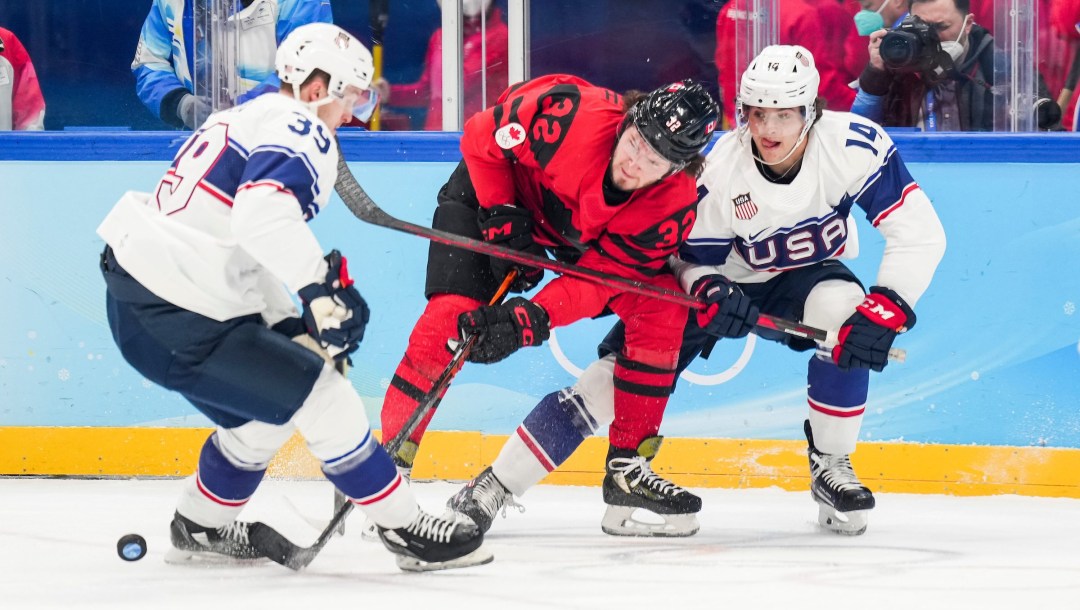 Mason McTavish made his Olympic debut at Beijing 2022 less than two weeks after his 19th birthday, making him the youngest member of Canada’s men’s hockey team at the Games. He recorded one assist in the tournament.

McTavish scored five points in two games at the 2022 IIHF World Junior Championship before the tournament was called off due to the COVID-19 pandemic. In 2021, he scored 11 points to lead Canada to a gold medal at the World U-18 Championship where he was voted one of the top-three players on the team.

McTavish’s first experience with the national program was as a member of Team Canada White at the 2019 World U-17 Hockey Challenge. Earlier that year he had been a silver medallist with Team Ontario at the 2019 Canada Winter Games.

McTavish plays junior hockey in the OHL where he was named to the OHL All-Rookie team in 2020 as a member of the Peterborough Petes. While the league was shut down in 2021, he went on loan to play in Switzerland with EHC Olten. He was taken third overall by Anaheim in the NHL Entry Draft that summer. After a brief stint with the Ducks to start the 2021-22 NHL season, which included his first goal in his debut, he returned to the OHL. He was quickly dealt to Hamilton and scored seven points in three games with the Bulldogs before leaving for the 2022 World Junior camp with Team Canada.