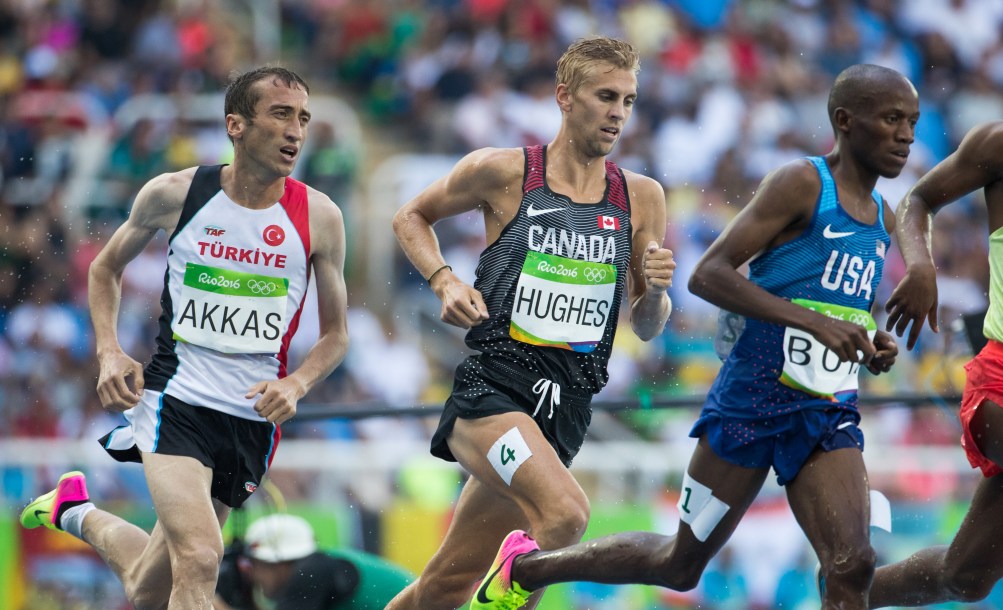 Matt Hughes made his Olympic debut at Rio 2016 a moment to remember as his 10th-place finish was Canada’s best-ever Olympic result in the men’s 3000m steeplechase. Hughes improved that best-ever Olympic result at Tokyo 2020 as he finished sixth in the final of the 3000m steeplechase. His first Olympic appearance was a long time coming for Hughes, who competed at his first World Athletics Championships in 2011 but did not have the entry standard required to compete at London 2012.

That disappointment became a major motivation and at the 2013 World Athletics Championships, he smashed the Canadian 3000m steeplechase record while finishing sixth. His time of 8:11.64 replaced the 8:12.58 mark of Graeme Fell which had stood since 1985. After just missing the podium at the 2014 Commonwealth Games, Hughes stood on the top step at the 2015 Pan Am Games in Toronto, winning 3000m steeplechase gold ahead of teammate Alex Genest. He followed up with an eighth-place finish at the 2015 World Athletics Championships. Hughes kept his streak of world championship finals alive in 2017 when he finished sixth in London. In early 2018, Hughes finished fourth at the Commonwealth Games in Gold Coast.

Back in in 2010, Hughes became the University of Louisville’s first NCAA outdoor track and field champion. He successfully defended his NCAA 3000m steeplechase title in 2011. Hughes is a six-time Canadian champion (2013-15, 2017-19).

Getting into the Sport: Started running track in grade three because he loved getting out of school and being the fastest kid on the playground… Began focusing on steeplechase in high school… Outside Interests: Enjoys taking naps, playing hockey and golf… Graduated from the University of Louisville in 2012 with a Bachelor of Science in Education and Sports Science… Odds and Ends: Has kept every bib he’s ever raced in… Favourite motto: “There is no substitute for hard work”…