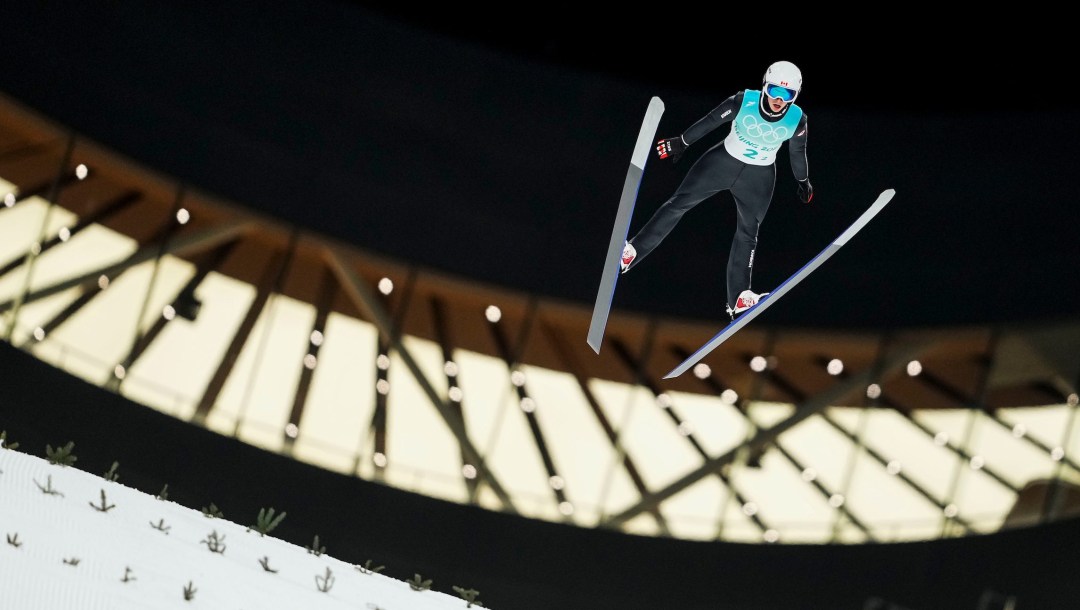 Matthew Soukup was part of a history-making moment in his Olympic debut at Beijing 2022. He and teammates Mackenzie Boyd-Clowes, Alexandria Loutitt and Abigail Strate won bronze in the inaugural Olympic mixed team ski jumping event. It was Canada’s first ever Olympic medal in ski jumping.

In February 2016, Soukup was a ski jumper on the rise. He had just recorded his first international top-10 finish in a FIS Cup event at the Whistler Olympic Park when he suffered a high ankle sprain that kept him sidelined for 11 months. He returned to competition the next year and made his second appearance at the FIS Junior World Championships.

Soukup encountered more adversity in 2018 when the ski jumping facilities in Calgary were closed. That prompted the Canadian team to move their training base to Kranj, Slovenia, which keeps Soukup away from home for nine months of the year. In Slovenia, the Canadian men train alongside the American men, forming one North American unit.

Soukup has been competing on the Continental Cup circuit since 2015. He achieved his career-best Continental Cup result in August 2019 when he finished seventh in a normal hill event in Frenstat, Czech Republic. He’s broken into the top-20 three other times on the circuit, finishing 19th in Erzurum, Turkey in January 2018 (large hill), 17th in Klingenthal, Germany in February 2021 (large hill), and 18th in Frenstat in August 2021 (normal hill).

Soukup competed in his first World Cup event in January 2019. He earned his first World Cup points in December 2020 when he finished 30th in a large hill event in Engelberg, Switzerland. Soukup’s first time breaking into the top 30 in a major international competition was just a week earlier at the 2020 Ski Flying World Championships in Planica, Slovenia where he finished 27th. He competed at his first FIS World Ski Championships in 2021 where he was part of a 10th-place finish in the mixed team event.

Soukup started the 2021-22 season with three straight top-30 finishes on the Grand Prix circuit, his first time breaking into that group.

Getting into the Sport: Started ski jumping at age 8 in a summer camp offered at Canada Olympic Park for kids to try different sports… Told his parents right away he wanted to be a ski jumper and joined the local club… Outside Interests: Enjoys camping, hiking, travelling, all kinds of skiing (downhill, cross-country, backcountry)… Would like to pursue a career in finance… Odds and Ends: Favourite motto: “Just enjoy the journey, the highs, the lows and everything in between will be something you are proud to look back at”… 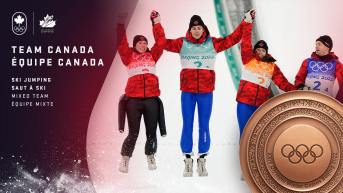