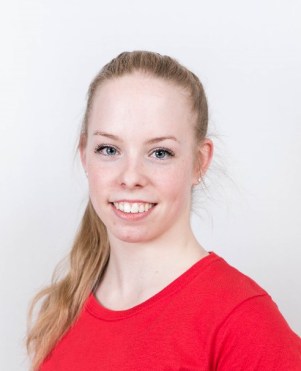 Maya Kojevnikov has dreamed of representing Canada internationally since watching rhythmic gymnastics on TV from the Athens 2004 Olympic Games. She was added to the Canadian group for the 2014 Pan American Championships after an injury to another team member. In her first competition with the squad the pressure was on to finish in the top five all-around and qualify for the Pan Am Games, which they did, along with winning silver and bronze in the separate apparatus events. She remained with the group for the 2014 World Championships where they finished 21st in the all-around to qualify for the 2015 World Championships which is the first qualification event for the 2016 Olympic Games.

Family: Parents Andrey and Ludmila… Older sister Vera… Older brother Igor… The family moved to Canada in 2000 when she was three… Getting into the Sport: Started gymnastics at age 6… Loved the elegance of the gymnasts and learning new apparatus tricks… Outside Interests: Enjoys drawing, cooking, baking, listening to music… Graduated Richmond Green Secondary School in June 2014… Odds and Ends: Role model is two-time all-around world champion Yana Kudryavtseva because she is a clean and elegant gymnast… Always has a small toy pig in her gym bag for luck that was given by her first coach… Collects pins from her world travels… Favourite quote: “Attract what you expect, reflect what you desire, become what you respect, mirror what you admire.”

Lucinda Nowell never dreamed of competing for Canada, but coaches developed her love of the sport as well as her...