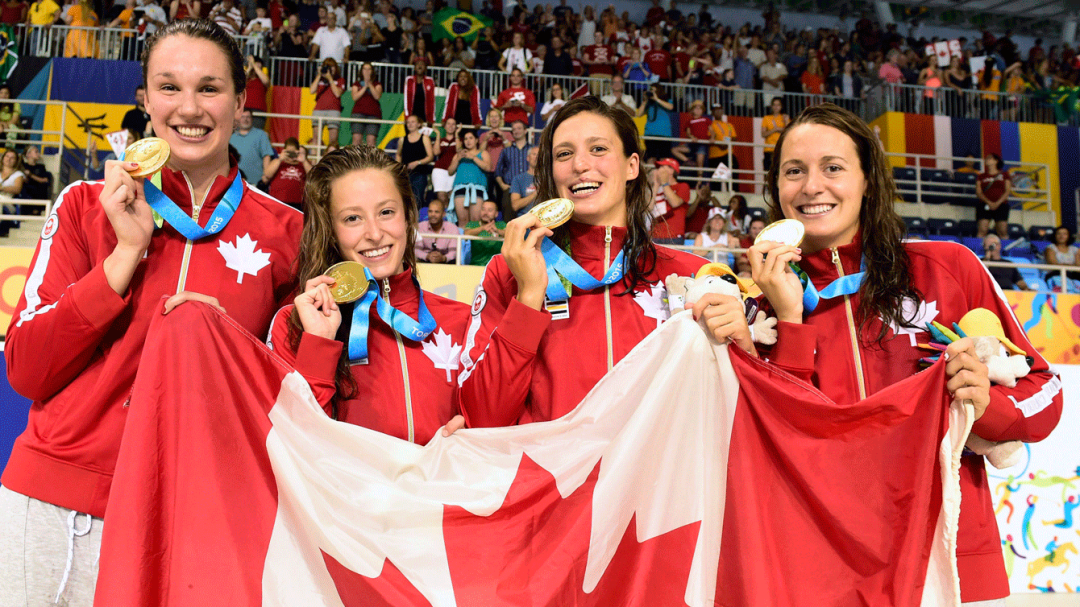 Williams was named to her first senior national team at the 2014 Canadian Trials, giving her the chance to compete at the Commonwealth Games and the Pan Pacific Championships. She came home from Glasgow with a pair of bronze medals from the 4x100m freestyle and 4×100 medley relays. After a near-miss at the Commonwealth Games, Williams was able to advance to the final of the 50m freestyle at the Pan Pacs. While at Ohio State University she earned multiple Scholar-Athlete accolades.

Getting into the Sport: Started swimming lessons at age 8… In her first meet at age 9 she swam 25m of every stroke… Outside Interests: Graduated from Ohio State University in 2014 with a Bachelor of Science in Exercise Science… Would like to pursue a career in health/medicine… Would like to learn to play guitar… Odds and Ends: Nickname: Shelly… Favourite quote: “It’s the possibility of having a dream come true that makes life interesting.” – Paulo Coelho, The Alchemist… A new ritual is to have something gold (such as a purse or watch) with her at swim meets…