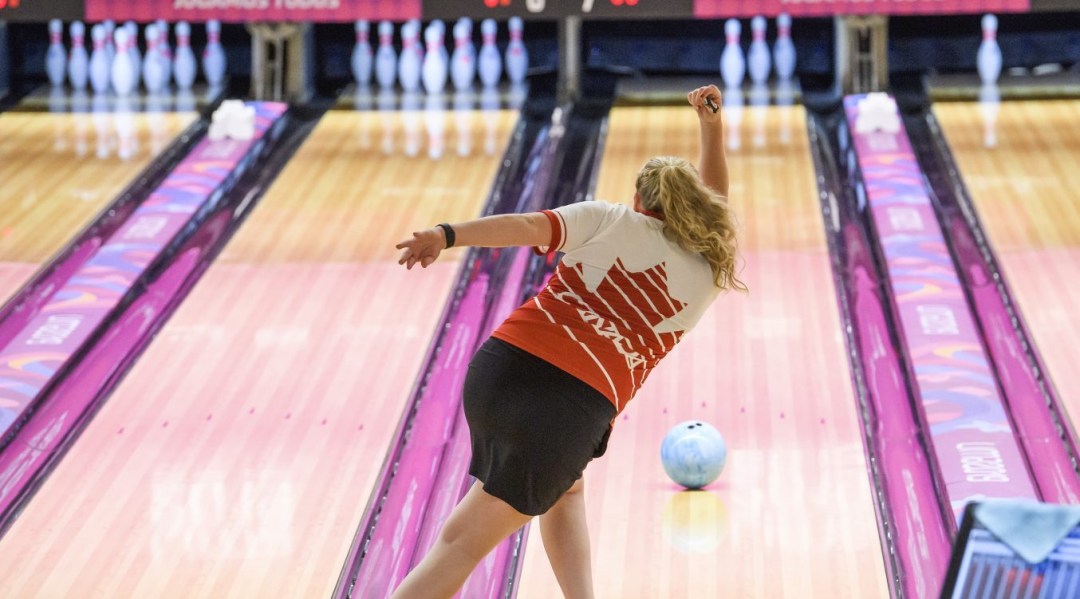 • Grew up playing multiple sports, including softball, soccer, volleyball and basketball in addition to bowling
• Had attended three National Bowling Championships by the age of 13
• Has represented Canada internationally since 2011
• Won the right to represent Canada at the 2017 Bowling World Cup, where she placed 12th
• Won a silver medal in the team event at the 2014 Women’s PABCON Championships

A LITTLE MIRE ABOUT MIRANDA

Getting into the Sport: Introduced to bowling at a young age by her parents and grandparents, all of whom bowled… Wanted to join the national team as soon as she found out it existed when she was 12… Outside Interests: Studying kinesiology at Brock University… Played varsity softball at Brock during her first year of school before choosing to prioritize bowling … Odds and Ends: Collects postcards from the places she travels to for a scrapbook… While competing, always wears an elephant pendant given to her by her grandmother… Favourite quotes: “Courage is not the absence of fear, but rather the judgement that something else is more important than fear.” – James Neil Hollingworth … “There may be people who have more talent than you, but there’s no excuse for anyone to work harder than you do.” – Derek Jeter