Molham Babouli plays professionally with Toronto FC II in the United Soccer League. Through eight games, he led the team in scoring with two goals on 18 shots. Babouli has been told by others that he compares to Sergio Aguero in his body shape, the way he runs, and the way he scores. He had joined the TFC Academy in 2014.

Family: Parents Raief Babouli and Farat Fakhouri… Moved to Canada with his family when he was 3… Outside Interests: Coaches during the offseason… Attended Sheridan College… Odds and Ends: Personal motto: “Joga bonito”… Nickname: Mo… Listens to music before a game… Grew up with Liverpool as his favourite team… Favourite player is Fernando Torres… 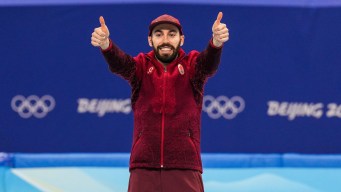 In 2012 Richard Gomes made his debut in the Canadian youth program at age 18. He currently plays for Deportivo...

Sekou Kaba has wanted to represent Canada since he first arrived in the country and made the standard to compete...