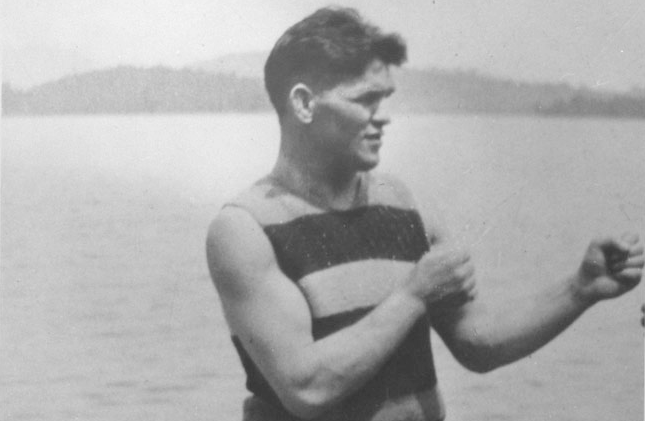 At Antwerp 1920, Montgomery Hart “Moe” Herscovitch boxed for Canada in the middleweight division. Only losing one fight in the Games to the eventual champion Briton Harry Mallin in the semi-final, in the fight for third Herscovitch knocked out Norwegian Hjalmar Stromme to win the bronze medal.

An incredible athlete, Herscovitch joined the Montréal Amateur Athletic Association in 1913 and played football with the Montréal Football Club until 1915. He served as a gunner in the Royal Canadian Army in World War I taking up boxing while abroad. Upon returning in 1919, he played with a rugby team which won the division championships that year, and was named to the 1920 Olympic team. Post Antwerp 1920, Herscovitch had 24 fights from 1921-24 with nine wins (six knock outs), 14 losses (four knockouts) and one draw.

When Herscovitch retired in 1924, he began volunteering as a boxing coach at the Montréal YMHA. He continued to be actively involved in sports and his community serving as president of the Quebec Rugby Union. The son of Jewish parents William and Anna Herscovitch, he married Celia Goldblatt in Montréal in 1921 becoming a father, grandfather and great grandfather, and worked as an insurance broker until his death in July 1969.

Herscovitch was inducted into the Canadian Olympic Hall of Fame in 1956.