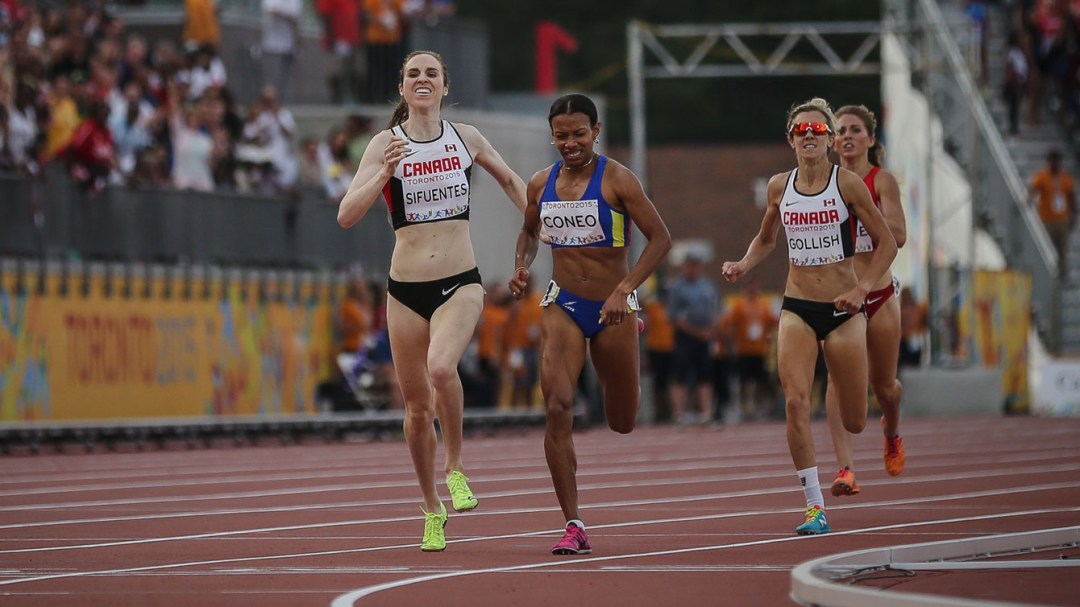 In 2015, Nicole Sifuentes became a five-time medallist at the Canadian Championships in the 1500m, winning her first gold medal after a silver in 2010 and three bronze medals in 2007, 2008 and 2009. She also won the 5000m national title in 2015. Sifuentes followed up with a silver medal in the 1500m at the 2015 Pan Am Games in Toronto before competing in both events at the IAAF World Championships in Beijing. She achieved a personal best time of 4:03.97 in the 1500m in June 2016. Sifuentes just missed the podium in the 1500m at the 2014 Commonwealth Games, finishing fourth by 1.07 seconds. Earlier in the year she had won the bronze medal in the 1500m at the IAAF World Indoor Championships. Sifuentes made her Olympic debut at London 2012 where she advanced to the semifinals. She repeated that effort at Rio 2016 after finishing second at the Canadian championships. She was a 12-time NCAA All-American while competing at the University of Michigan.

Family: Parents Kevin and Linda Edwards… Older sister Allison Penner and younger sister Mallory Dyck… Husband Antonio Sifuentes… Getting into the Sport: Started running track when she was 10 or 11 and found it to be the first sport she tried that she wasn’t awful at… Outside Interests: Graduated from the University of Michigan in 2008 with a Bachelor of Arts in Civil Engineering… When not competing, enjoys baking, and eating that baking… Also spends time studying the Bible… Odds and Ends: Always listens to the same playlist on race day… Collects coffee mugs from her travels…