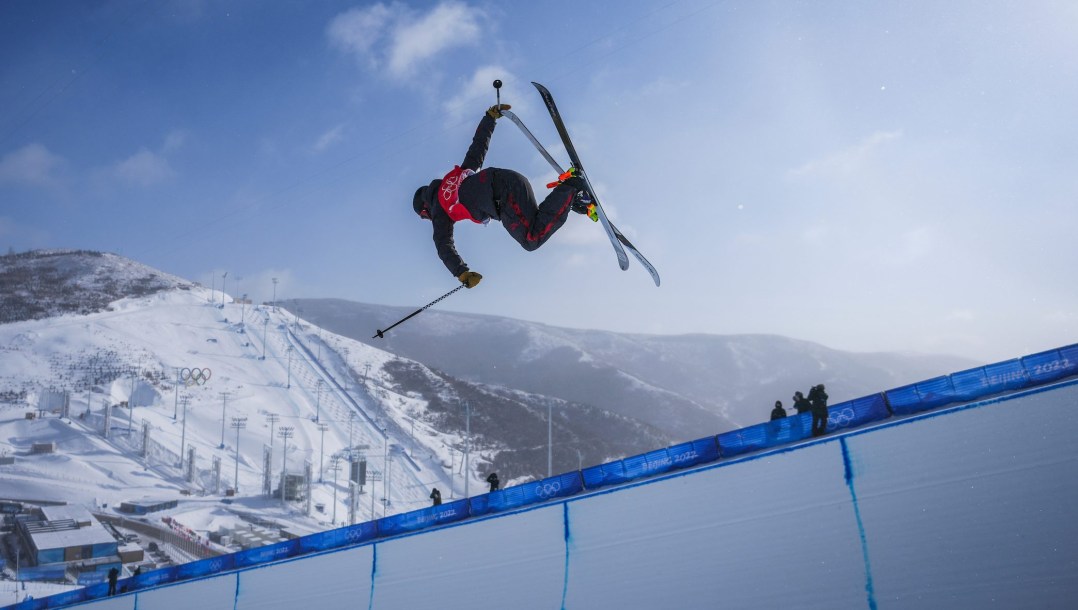 Since discovering halfpipe skiing when he was 14, Noah Bowman has become one of the athletes to watch. He finished fifth in the event’s Olympic debut at Sochi 2014 and matched that result at PyeongChang 2018. He came one spot closer to the Olympic podium at Beijing 2022, finishing fourth and missing out on the bronze medal by just two points.

Bowman has represented Canada at five FIS World Championships since 2011 and claimed his first world medal, a bronze, in 2019.

The 2010 World Junior halfpipe champion, Bowman was invited as an alternate to the 2012 Winter X Games in Aspen and when a spot opened, he took full advantage, winning the silver medal in his rookie appearance thanks to a new trick, the switch alley-oop double 900. At both the 2013 Winter X Games in Aspen and Tignes, Bowman missed qualifying for the finals by one place. He got back on the X Games podium with a bronze medal in Aspen in 2017 and has competed in Aspen each year since, leading up to a fourth-place finish in 2022.

Bowman had his most successful World Cup campaign in 2019-20. He climbed the podium in four of the five events in which he competed and earned his second career World Cup victory in Secret Garden, China. He finished the season ranked second overall in the World Cup standings for all of freestyle skiing. Bowman earned his 11th career World Cup podium in January 2022 at home in Calgary.

A Little More About Noah

Getting into the Sport: Began skiing when he was 3 and started in freestyle at 14… Outside Interests: Enjoys playing guitar, movies, books and music… Always travels with his guitar… During the off-season enjoys outdoor activities such as skateboarding and biking… Odds and Ends: Tries to have a steak the night before a competition… Greatest fear is spiders… Used to have an allergy to cold temperatures called Cold Urticaria…