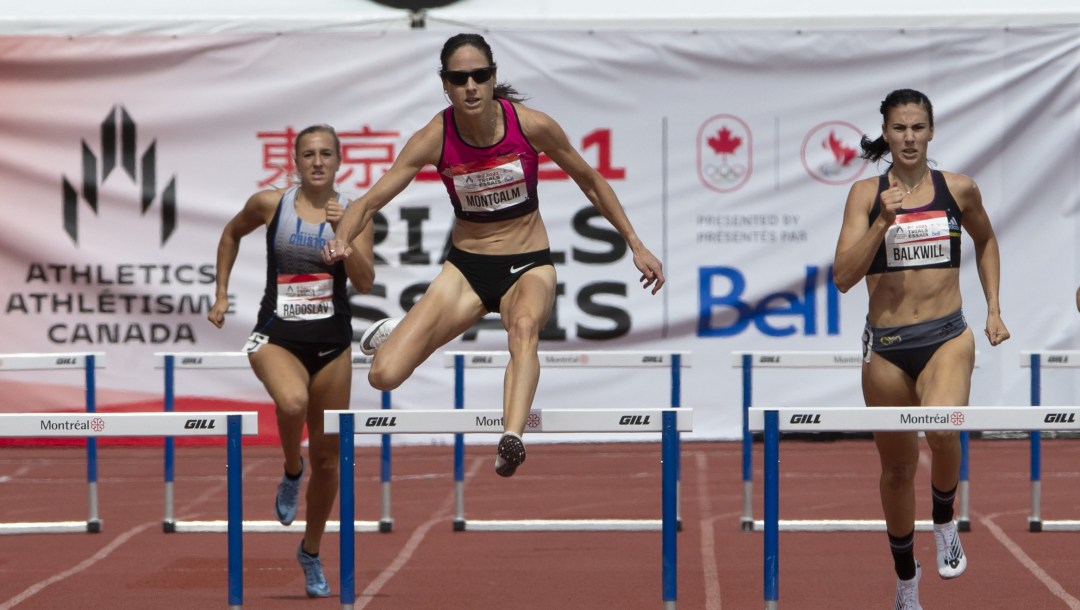 A year later she posted a pair of fifth-place finishes in the 400m hurdles and 4x400m relay at the 2014 Commonwealth Games in Glasgow. Unable to train at full capacity in 2015 due to bursitis in her knee, Montcalm finished fourth at the Canadian Championships. But she rebounded in 2016, reclaiming the national title in 55.83 seconds (just 0.02 off her personal best) to go under the Olympic entry standard for Rio.

Montcalm first realized how much she wanted to compete for Canada when she finished fifth in the 100m hurdles at the 2008 Olympic Trials and saw how close she was to the Olympians in the race.

Montcalm won three medals at the 2009 Canada Summer Games, including double gold in the 100m and 100m hurdles. While attending the University of Windsor, Montcalm won 16 CIS medals, was a five-time CIS Academic All-Canadian, and was named the OUA’s Most Outstanding Performer four straight years from 2008 to 2011.

A Little More About Noelle

Getting into the sport: Started running track at age 12 and was introduced to hurdles in grade nine… Liked the individuality and that she is solely responsible for her results… Outside Interests: Enjoys cooking, baking and reading… Graduated from the University of Windsor in 2012 with a Bachelor of Science in Nursing… Works as a registered nurse in long term care… Odds and Ends: Nicknames: Nono, Ichiro, Nellie… Inspired by world champion Perdita Felicien for overcoming adversity throughout her career… Likes to take a walk around the track before her race to get a better idea of the shape, how the wind might blow and where the hurdles will be situated… Favourite quote: “Success is not final. Failure is not fatal; it is the courage to continue that counts.” – Winston Churchill…

Sarah Wells made her Olympic Games debut in 2012 and competed in the 1500m event, finishing in 19th place. Wells…