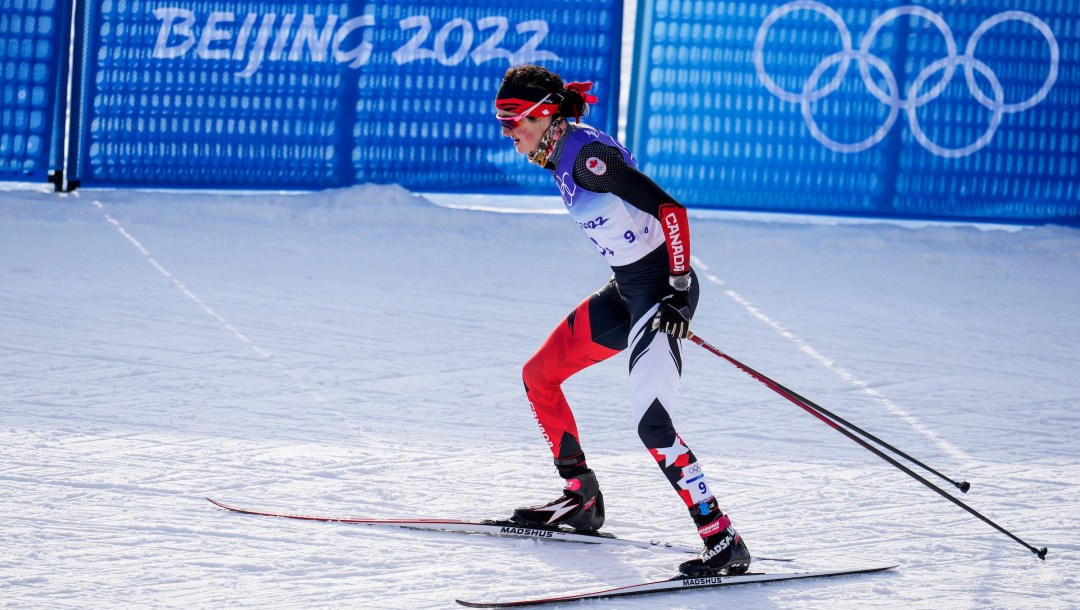 Olivia Bouffard-Nesbitt began competing internationally during the 2010-11 season on the Nor-Am Cup circuit. That season, she also competed for Team Quebec at the 2011 Canada Winter Games where she won a silver medal in the women’s relay.

Bouffard-Nesbitt competed at her first of two FIS U23 World Championships in 2014. She entered her first FIS World Cup event in February 2015, just ahead of her debut at the senior FIS World Championships. Bouffard-Nesbitt would have most of her World Cup experience in March 2016 as the World Cup Finals took place in Gatineau, Montreal, Quebec City and Canmore and formed the Ski Tour Canada. She finished 44th in the Ski Tour Canada standings.

Bouffard-Nesbitt finished as high as second overall in the Nor-Am Cup standings in 2017-18. She has 10 career Nor-Am Cup victories, all of them in sprints. In January 2022 she finished third in the freestyle sprint at the Canadian trials for Beijing 2022. In her Olympic debut, Bouffard-Nesbitt competed in four events at Beijing 2022, highlighted by a ninth-place finish in the 4x5km relay.

Bouffard-Nesbitt is no stranger to adversity. She qualified to compete at the 2017 World Championships but sustained a season-ending herniated disc in her neck just one week before. She had just come back from a stress fracture in her right foot a few months prior. In 2018 she had a very bad case of mononucleosis and missed the entire 2018-19 season. She decided to go to northern Saskatchewan to work with Spirit North to teach skiing to students in three Cree communities, an experience that turned out to be one of the best of her life.

Getting into the Sport: Both parents were ski instructors, so she was never not on skis… As a baby was strapped to her dad’s back as he groomed their hometown trails… As a toddler was pulled along by rope on little alpine skis… At age 4 was given her own cross-country skis… Began competing in local races as a kid before starting to train seriously at age 15… Outside Interests: Enjoys playing soccer, running, dancing… Odds and Ends: After Beckie Scott won Canada’s first Olympic cross-country skiing medal at Salt Lake City 2002 she cut out every newspaper article she would find and still has them stashed in her bedroom…

As the reigning 1000m world champion heading into the Vancouver 2010 Olympic Winter Games, Christine Nesbitt was a favourite for...

Having earned her spot on the national team, Asselin competed in her first World Cup events in 2019-20 and earned…