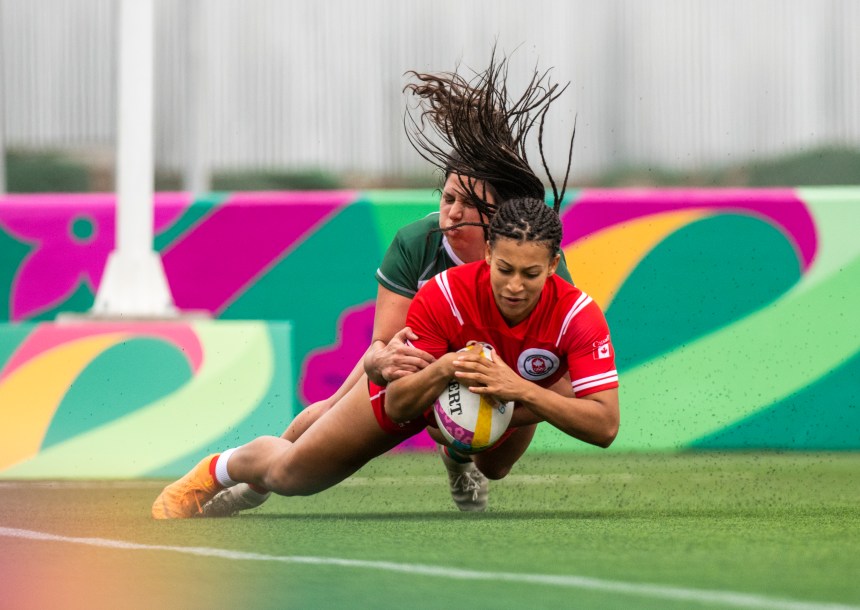 Olivia De Couvreur has represented Canada in various tournaments with the national development program, including the 2018 Youth Olympic Games in Buenos Aires where she helped bring home the bronze medal. In 2017, she was part of Canada’s silver medal performance at the Youth Commonwealth Games in the Bahamas. The 2019 Pan American Games will be her second appearance with the senior national team.

Getting into the Sport: Started playing rugby at age 16… Had been thinking about joining her high school team but the decision was solidified when she saw the Canadian women win bronze at Rio 2016… Joined the national team program in the spring of 2017… Outside Interests: Enjoys hiking, cooking, reading… If she wasn’t playing rugby, she would pursue a career in medicine and become a doctor… Odds and Ends: Collects pins, shells and keys while traveling… Favourite motto: “Be afraid and do it anyways”

Heading into the 2019 Pan Am Games, Tausani Levale has two caps for Canada’s national women’s 15s team and two…