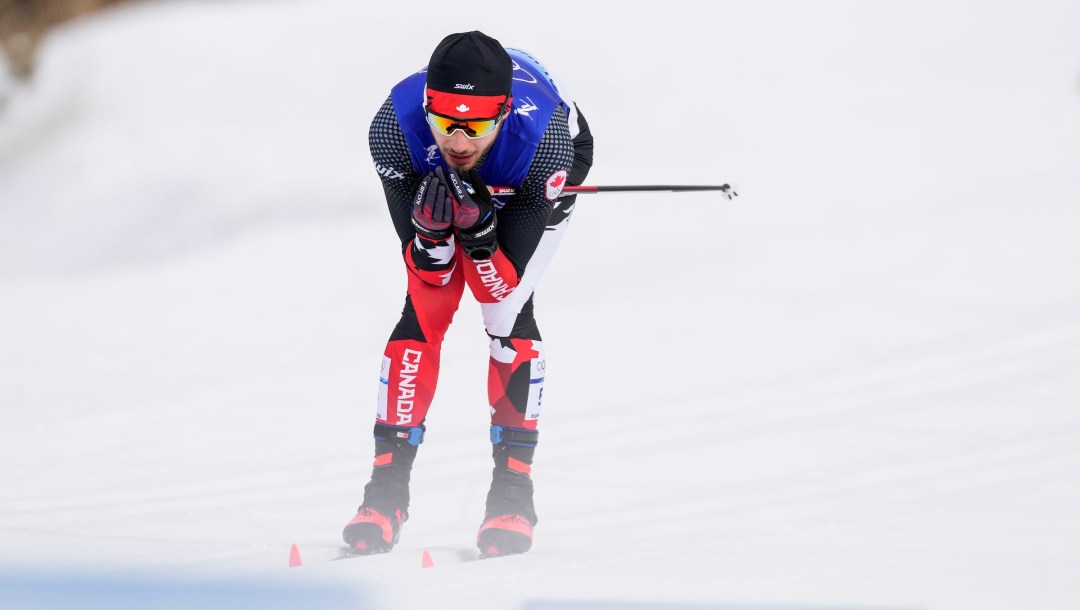 Olivier Léveillé had his breakout performance at the 2021 FIS World Junior Championships where he won the bronze medal in the 10km freestyle race. He was just the third Canadian cross-country skier to ever win an individual medal at the junior worlds. He had broken a pole on the second of three laps but was almost immediately handed a replacement that was just about the perfect height for him, allowing him to maintain his momentum.

Because of the COVID-19 pandemic, he had not been able to compete internationally in almost a year, since the 2020 World Junior Championships. There he had been part of a historic silver medal performance in the men’s 4x5km relay, Canada’s first ever relay medal at any cross-country world championships.

Léveillé was named to his first World Cup team for the 2021-22 season and earned his first World Cup points at the season opener in Ruka, Finland when he finished 30th in the 15km classic. He made his Olympic debut at Beijing 2022 where he competed in five events and broke into the top-30 in the 15km classic and the mass start, which was shortened to 30km due to weather conditions.

Léveillé had started competing on the Nor-Am Cup circuit during the 2017-18 season and earned his best result, a ninth-place finish in the 10km classic, in December 2019 in Gatineau.

A Little More About Olivier

Getting into the Sport: Started skiing at age 5 and began competing at age 10… Always loved endurance sports and racing, so cross-country skiing was a great way to spend his energy as a kid… His main goal when he was young was to be faster than his dad… Moved away from home at age 18 to train at the Centre National Pierre Harvey… Inspired by Alex Harvey and success he had… Outside Interests: Enjoys walking in the woods, watching movies, fly fishing, mountain biking, running, camping, and is a big fan of saunas…