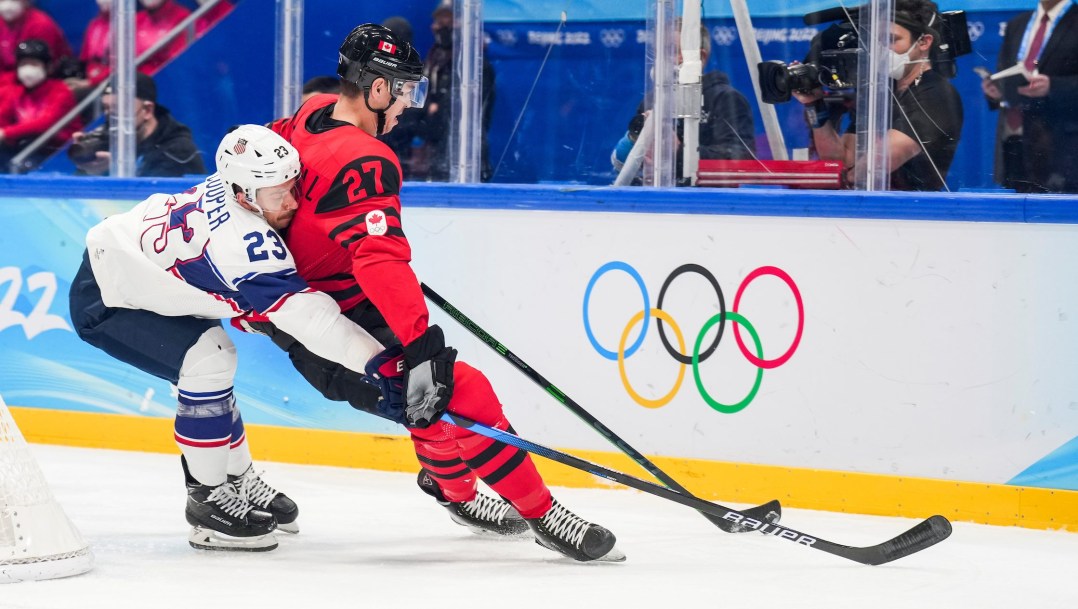 Prior to joining Team Canada for his Olympic debut at Beijing 2022, Adam Cracknell wore the red and white maple leaf at the 2018 Spengler Cup where Canada took the silver medal after a shootout loss in the final.

Cracknell played his junior hockey with the WHL’s Kootenay Ice. He was selected in the ninth round of the NHL Draft, 279th overall, by the Calgary Flames in 2004. He worked his way through the minor leagues before making his NHL debut with St. Louis in 2010-11. He remained in the Blues’ organization through the 2013-14 season, after which he made stops in Columbus, Vancouver, Edmonton, Dallas, New York (Rangers), Toronto, and Anaheim. In total, he racked up 210 games over nine NHL seasons, amassing 43 points. He has played nearly 600 games in the AHL between 10 teams.

Cracknell spent the 2019-20 season playing in the KHL with Kunlun Red Star before signing with the Edmonton Oilers. While the AHL was shut down due to the COVID-19 pandemic in 2020-21, he spent time on loan with Esbjerg in Denmark before coming back to North America to play for the AHL’s Bakersfield Condors.