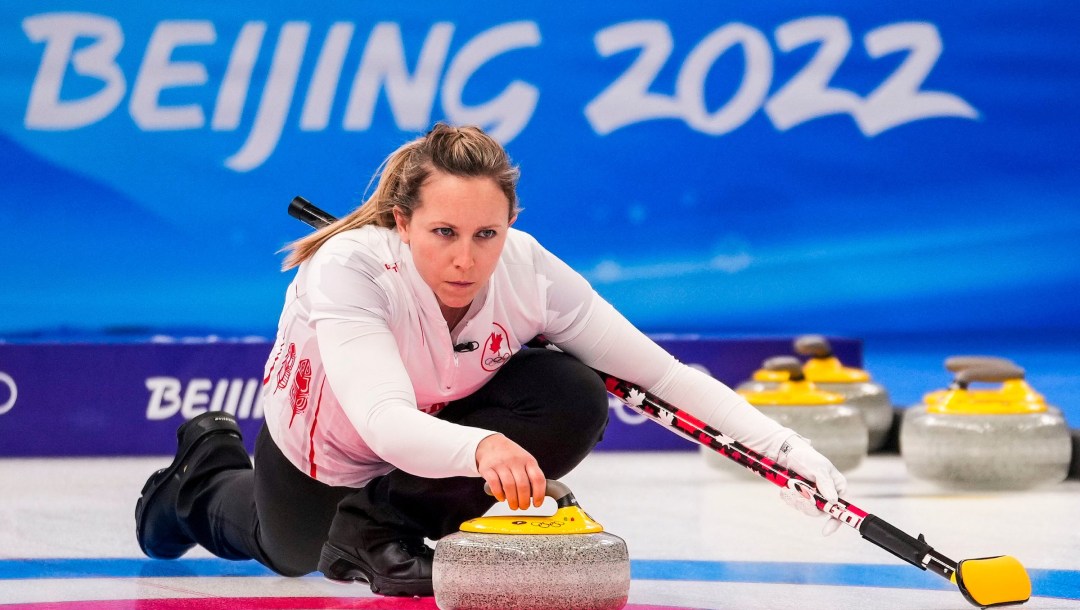 Rachel Homan made her Olympic debut in the women’s curling tournament at PyeongChang 2018. She had skipped her Ottawa-based team of Emma Miskew (third), Joanne Courtney (second), and Lisa Weagle (lead) to the gold medal at the 2017 World Women’s Curling Championship. It was Canada’s first world title in women’s curling since 2008, ending the country’s longest ever drought. They also became the first team in the 39-year history of the women’s world championships to post an undefeated record, going a perfect 13-0. That was Homan’s third appearance at the world championships, having previously won bronze in 2013 and silver in 2014.

Curling has been a part of Homan’s life for more than two decades. Her great-grandfather and grandfather both curled on air force bases around the world while serving as pilot and navigator with the Royal Canadian Air Force. Her parents and older brother were also curlers. As a 17-year-old she won gold at the 2007 Canada Winter Games. Three years later she was a silver medallist at the 2010 World Junior Curling Championships. That came after her team became the first to win the junior national title with a perfect 13-0 record.

Homan was a bronze medallist at the 2013 Canadian Curling Trials that determined the Canadian curling teams for Sochi 2014. In 2019, 2020, and 2021 Homan skipped her team to silver at the national Tournament of Hearts. Homan played at the latter while eight months pregnant with her second child. She missed the 2021 Canadian Mixed Doubles Championship, for which she had qualified with John Morris, while giving birth to her daughter, Bowyn. Just three weeks later, Homan returned to play in the competition bubble in Calgary and won her 11th career Grand Slam title.

In 2017, Homan won silver with John Morris at the Canadian Mixed Doubles Championship. In the fall of 2021, Homan and Morris won a world class mixed doubles bonspiel in Bannf/Canmore. Selected to represent Canada in the mixed doubles tournament at Beijing 2022, Homan and Morris posted a 5-4 record in the round robin. They missed the playoffs by one spot and finished fifth overall.

Getting into the Sport: Started curling at age 5 and competing at age 12… Outside Interests: Pursuing a degree in Education at the University of Alberta… Earned a Bachelor of Science from the University of Ottawa… Odds and Ends: Youngest skip of either gender to win three national titles…