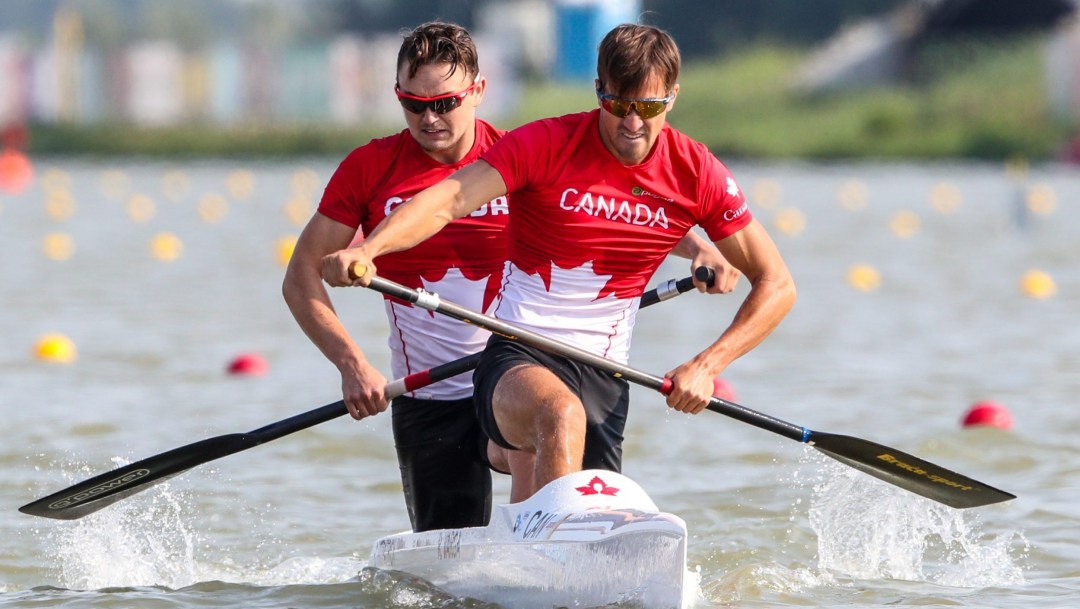 Roland Varga has been a member of the national team since 2009. He represented Canada at his first multi-sport games at the 2011 Pan American Games in Guadalajara. He joined the World Cup circuit in 2012 and raced for two seasons in the C-2 with Paul Bryant. Among their highlights was a C-2 500m silver in Racice, Czech Republic in 2013. That summer, Varga competed in both the U23 and senior ICF World Championships. At the former in Welland, Ontario, he just missed the podium, finishing fourth in the C-2 1000m with Marc Tarling. At the latter he and Bryant won the B final in the C-2 500m.

In 2014, Varga raced with Gabriel Beauchesne-Sévigny on the World Cup circuit, making the A Final in three of their four races. But in 2015, Varga had a “really disappointing” national trials and decided to stop paddling. He didn’t train for seven months and was almost ready to move on, before coming back with renewed motivation and determination to become better.

In 2016, Varga earned his way back onto the World Cup team and with Bryant advanced to A finals in all three of their C-2 events, finishing as close to the podium as a fourth place. The following year, Varga returned to the ICF World Championships where he was part of the C-4 1000m crew that got to the A final.

In 2018, Varga formed a C-2 partnership with Connor Fitzpatrick. They won the C-2 1000m B final in their first World Cup event in Szeged, Hungary and the next weekend they advanced to the A final in Duisburg, Germany. At the world championships, they placed sixth in the B final of the C-2 1000m.

In 2019, Varga and Fitzpatrick made another A final in the C-2 1000m at a World Cup in Duisburg. That preceded a career highlight at the 2019 World Championships where he and Fitzpatrick lowered the Canadian record in the C-2 1000m to 3:28.742 in their semifinal before they finished second in the B final. That result would end up earning an Olympic quota spot for Canada and they would book their own tickets to Tokyo 2020 at the national trials in early 2021. In his Olympic debut, Varga made it to the C-2 1000m A final with Fitzpatrick where they finished sixth overall. He also competed in the C-1 1000m.

A Little More About Roland

Getting into the Sport: Started paddling at age 12 while still living in in Hungary where canoe/kayak sprint is one of the most popular sports… The coach of the local club recruited him by offering one kilogram of gummy bears to whoever joined; because of his sweet tooth and became most of his friends were already canoeing, he gravitated towards the sport… Finished last in all of his races for the first couple of years but stuck with it to prove that ambition and hard work could make him better… Outside Interests: Enjoys watching anime (Dragon Ball, One Piece and Naruto are favourites), reading fantasy books, playing video games, playing guitar… Odds and Ends: Immigrated to Canada with his family at age 15, following an uncle who had previously moved from Hungary and had a great experience… Inspired by coach Andreas Dittmer who is a legend in the sport with his five Olympic medals and former paddling partner Paul Bryant who taught him how to be better in a team boat… Likes to crack jokes and be social on race day for a no-stress vibe…

Fitzpatrick debuted on the World Cup circuit in 2018, competing in the C-2 with Roland Varga. They won the C-2…