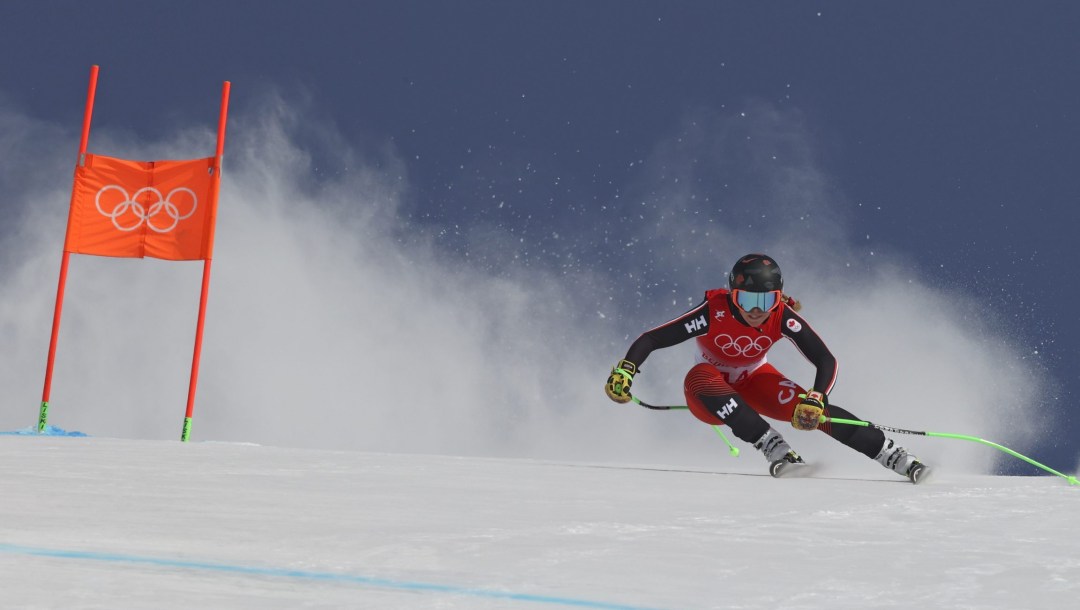 But Remme was struggling to advance from Alpine Canada’s development team, so she decided to give NCAA competition a try and enrolled at the University of Utah. As a sophomore in 2017, she finished third in the giant slalom at the NCAA Championships as the Utes won the national team title.

During the 2017 off-season, Remme underwent shoulder reconstruction surgery to repair her labrum and other ligaments. She had first dislocated her shoulder six years earlier but had tried to manage the pain with therapy. In 2017 she also had a second arthroscopic knee surgery, after having had her other knee cleaned up the year before.

Choosing to take a break from school in 2017-18 to focus on Olympic qualification, Remme made her FIS World Cup debut in the Lake Louise downhill in December 2017. By the end of the month, she had earned her first World Cup points in Lienz, Austria. In early January 2018, she finished an impressive 11th in the slalom in Zagreb, Croatia. Remme also competed on the Nor-Am Cup circuit during the 2017-18 season and from December 5 to 14 she recorded an incredible six first-place finishes in downhill, super-G, slalom and combined races in Lake Louise and Panorama. Before the end of the season, she added one more downhill gold and finished as the overall Nor-Am Cup champion.

Remme continued competing on the World Cup circuit in 2018-19. She earned her first top-10 finish in December when she placed eighth in the slalom in Semmering, Austria and then broke through for her first World Cup podium in February 2019 when she won silver in the alpine combined in Crans Montana, Switzerland. In her first appearance at the senior FIS World Championships in 2019, she finished fifth in the alpine combined.

Remme balanced her World Cup schedule with her university commitments. At the 2019 NCAA Championships, she won a second national team title with the Utes while finishing as the runner-up individually in the slalom and giant slalom to her Olympic teammate Laurence St-Germain. Remme graduated from Utah after the 2019-20 season, finishing as a five-time All-American selection.

A Little More About Roni

Getting into the Sport: Was introduced to skiing before her second birthday when her parents joined a club in Collingwood… Her competitive nature meant she was always trying to beat skiers older than her, especially boys… At age 11, joined the National Ski Academy on a summer camp in Switzerland and realized ski racing was what she wanted to do with her life… Outside Interests: Graduated with a degree in Psychology and minor in Business from the University of Utah in 2020… Would like to pursue a career focused on sustainability… Enjoys skateboarding or walking with her dog, mountain biking, cooking… Odds and Ends: Favourite motto: “Gotta risk it to get the biscuit”…