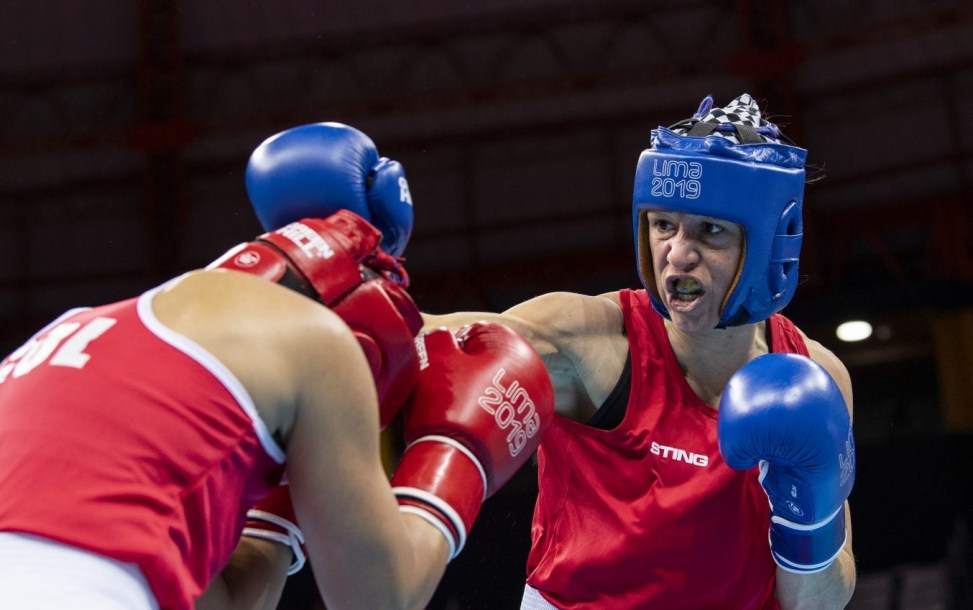 • Earned her way onto the national team six years ago after undergoing surgical reconstruction of her labrum, which led to people telling her she would never box again
• Won her first international medal while representing Canada at the 2017 AMBC Pan American Championships
• Won the Canadian title in the 57kg weight class in 2017
• In 2018, won Canada’s first ever Commonwealth Games medal in the 57kg weight class, only losing to the tournament’s eventual champion

A LITTLE MORE ABOUT SABRINA

Getting into the Sport: Played basketball for nine years until a knee injury at age 21 prevented her from pursuing the sport further; had to undergo three surgeries on her left knee… Inspired to try boxing after watching the movie “Million Dollar Baby”… Outside Interests: Graduated from UQAM in 2015 with a degree in kinesiology… Works as a kinesiologist and boxing coach… Enjoys traveling during her time away from training… Odds and Ends: Always wears the same shorts at every fight… Favourite motto: You think training is hard, try losing… Nickname: Sab