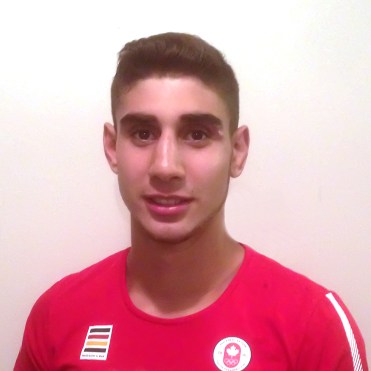 Sasan Haghighat-Joo is an up-and-coming boxer who will compete at TORONTO 2015 with limited international experience. He achieved the major highlight of his career in October 2014 by winning his first Canadian title at any level and earning a spot on the national team for 2015. Earlier in 2014 he had finished second at the Canadian Golden Gloves tournament and won the Amateur Boxing Tri Card Weekend in Vernon, BC. Haghighat-Joo made his national debut at the 2011 Canadian Junior Championships where he won a bronze medal.

Family: Parents Hadi Haghighat-Joo and Soudabeh Airian… Credits his father for passing on his great work ethic and drive… Siblings Sara, Samantha and Sanaz Haghighat-Joo… Older sister Sara is also a national level boxer… Younger sister Samantha is a competitive gymnast at the junior national level… Getting into the Sport: Started boxing at age 13… Participated in numerous combat sports including wrestling, chow gar kung fu and MMA before finding his “destiny” as a boxer… Outside Interests: Graduated high school in 2013… Odds and Ends: Favourite quote: “Nature loves courage. You make the commitment and nature will respond to that commitment by removing impossible obstacles. Dream the impossible dream and the world will not grind you under, it will lift you up. This is the trick. This is what all these teachers and philosophers who really counted, who really touched the alchemical gold, this is what they understood. This is the shamanic dance in the waterfall. This is how magic is done. By hurling yourself into the abyss and discovering it’s a feather bed.” – Terence McKenna…